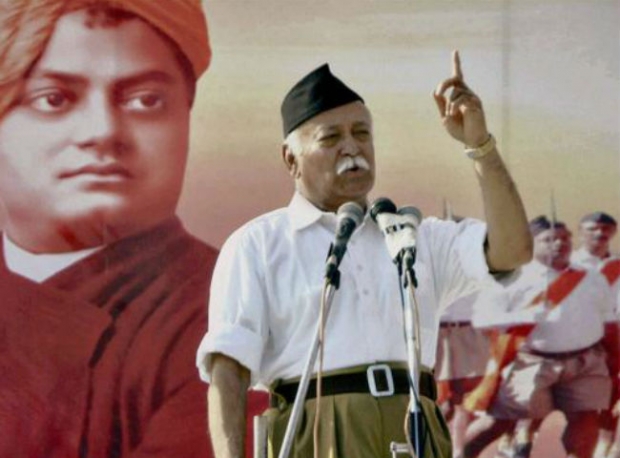 Sarasanghachalak of Rashtriya Swayamsevak Sangha (RSS) Dr. Mohan Bhagwat on Sunday made a candid statement that only and only common man in this country can bring to the nation its pristine glory. He also said that the RSS has been striving to bring such a change in the society for past 88 years. 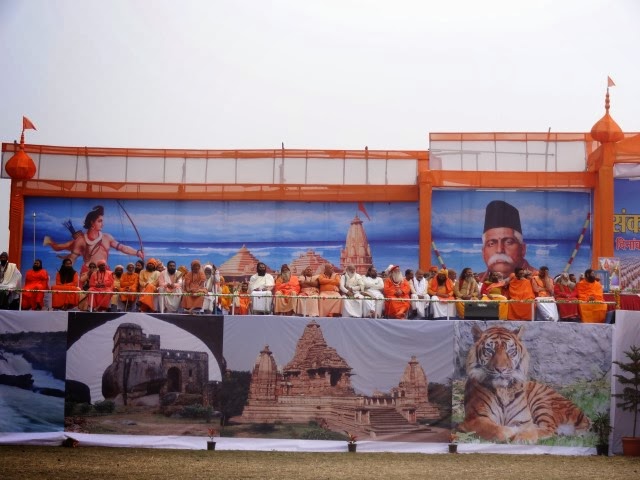 Dr. Bhagwat was addressing at the concluding ceremony of the ‘Sankalp Mahashivir’ of the Mahakoshal Prant of RSS, where over 100,000 RSS activists had gathered for 3 days. He said, Nations can not be built on behest of one person, or a political party or an organization. The nation needs a motivated, dedicated, organized society for that. The electrifying power of such an organized common man only can bring the desired change in the society. And that is the very reason why RSS has dedicated itself to the cause of organizing the society for last 88 years.
Dr. Bhagwat said that RSS has endured both, praise and brickbats, during all these years in pursuing its cause. He appealed the Swayamsevaks to accept the society as it is, ie irrespective of whether they get praise or the brickbat, as without doing so, it would be difficult to bring the desired changes in the society.
Dr. Bhagwat also appealed the people present at the occasion, that they too join the efforts of national revival. He said, only praising the RSS won’t work.Everybody who wants our society to be changes should start working towards the goal. Everybody should work according to individual taste but the efforts should be directed towards the one goal of national revival. Only such an action will see a strong, united nation. He added that the world at this stage needs such a united, strong India to lead it.
Dr. Bhagwat began his address by enumerating the challenges posed before the world. He also shed light on the thought process with which the RSS was formed. He said, patriots like Yogi Aurobindo, Subhash Chandra Bose, VD Savarkar were all of the opinion that there are certain ills in our society which need to be done away with. That is why Dr. KB Hedgewar started RSS to unite our society.
RSS was started in 1925. The conditions had so deteriorated before that, that people were wary of calling themselves Hindu. The word Hindu had turned into a derogatory word. Today, the condition has improved a lot. A common man can hold his head high and proudly say that he is a Hindu. This is the outcome of the tireless efforts of numerous Swayamsevaks who worked in various fields of life all these years, Dr. Bhagwat said. 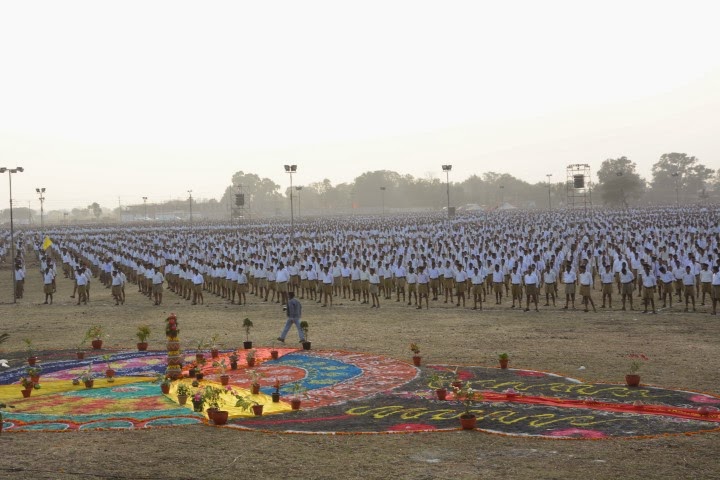 “Our identities are Hindus. We are all cast Hindutva elements. Hindutva is our nationality. On the brink of destruction Phuchi way to solve the problems of the modern world are Hinduism. Each nation has a purpose in life. The immediate purpose of the countries like Rome and Greece was why he lost. But this Hindu nation immortal nation. It will never end. “
Dr Mohan Bhagwat, the RSS chief outpouring of Uktasy G ‘resolution Mahashivir’ expressed on the occasion of the conclusion. Sadacr southern , Schcil, fearless society such properties are a good ambience. And an environment that brings about a change in society. Changes in the country to bring the general public. Only the general public but are not finished. Her to be virtuous, be Satcharitry, must be organized. “
You said “Rose selfless service to the country and the absolute sense we are powerful nation, the nation will ever be able to.”
The concluding ceremony was attended by outgoing Shankaracharya Swami Satyamitranand kernel in particular. Addressing the program, you said, “If this feature of Hindu society, we do not have a sense of animosity towards anyone.” You said further, “except nationalist political thinking are required to undertake the construction.When it comes time to test democracy, we in communities, but in some animals. This will change now. “
Initially, the Acting Union County Mahakoshl Brtsrn Dr. Singh presented the resolution stating the camp and conducted program. Mr. Digvijay Singh resolution Mahashivir gratitude to all colleagues. Dr Mohan Bhagwat’s speech before G. ‘s current Lets .. “The single appeared.
Gnvesdhari program to the tune of volunteers and band with penalties imposed Suryanmskar Wyayamyog presented. “Our resolution to complete victory, the tireless continuous Silence ..” The song presented to all volunteers collectively. Initially made in vessels composed of volunteers from the Jeep Sarsanghchalakji be inspected.
Prabudhdjn in large numbers in the program, civilians, women were present. The program was broadcast live to the Internet, the whole world watched by thousands of people.
Source: Vishwa Samvad Kendra