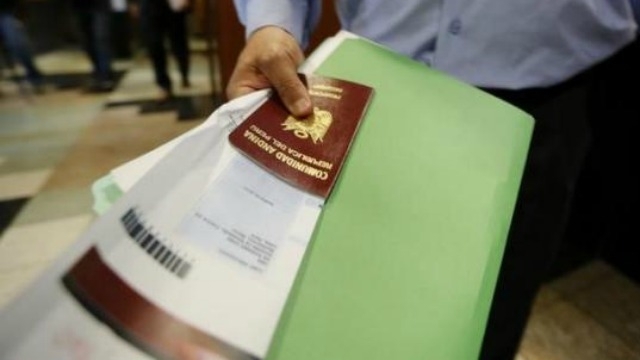 The registration fees for Hindus and other minority community people from Pakistan, Afghanistan and Bangladesh has been reduced from Rs 15,000 to Rs 100.

The registration fees for Hindus and other minority community people from three neighbouring countries, including Pakistan, as Indian citizens have been drastically reduced to as low as Rs 100 from Rs 15,000. In a gazette notification, the Home Ministry said the new rules will be applicable to minority communities- Hindus, Sikhs, Buddhists, Jains, Parsis and Christians- from Pakistan, Afghanistan, Bangladesh and living in India on Long Term Visa.

However, for minority community people from countries other than the three, the fees will be Rs 10,000 for registration in India and Rs 15,000 if registered elsewhere. The changes have been made after amending various provisions of the Citizenship Rules 2009.

The new rules also allow the minority members from the neighbouring countries to take oath of allegiance as an Indian citizen in front of Sub-Divisional Magistrate, in case of absence of Collector, Deputy Commissioner or District Magistrate.

Welcoming the move, Hindu Singh Sodha, Chairman of the Seemant Lok Sangthan, a voluntary organisation fighting for the rights of the refugees, said the decision has come as a huge relief for minorities belonging to the neighbouring countries. “We had been demanding for delegating the citizenship powers of the District Collectors and reduction in the application fee to just Rs 100 per application for these poor people since long. “We are delighted that after series of meetings, our demand was honoured by the Home Ministry,” Sodha said.