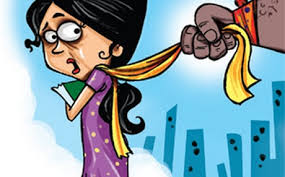 Police have registered a rape case against a Catholic priest in Kerala based on a complaint that he undressed a minor girl and took mobile snaps of her private parts.
The alleged accused, Fr Raju Kokkan, 44, a priest belonging to Thrissur Catholic archdiocese, is absconding since Thursday.

According to Thrissur police, Fr Kokkan invited the 10-year-old girl to the parsonage at St Paul’s Church at Thaikkattusery, where he is the parish priest, on April 8. He offered a new set of dress for the girl in connection with her first holy communion ceremony.
According to the complaint from the victim’s mother, the girl went to meet the priest in new dress. Seeing her in the new set of dress, the priest reportedly commented on the girl’s look and asked her to come again.
When the mother asked the daughter about accepting the priest’s gift, the girl said similar offers were made to other girls, receiving the first Holy Communion. Two days back, when the girl went to parsonage, the priest undressed the girl and took photographs of her genitals in his mobile phone, said the complaint.

Police said they have registered the case under section 376 of IPC and the Protection of the children from section offices Act. Besides, section 66 (E) of the IT Act was also slapped on charges of photographing the girl.
Fr Kokkan’s mobile phone remained switched off when approached for comment. However, Thrissur Archdiocese spokesman Fr Geo Kadavil said the Church would take action against the priest if the allegations were true. “We are trying to understand the truth. Definitely, he would face action as per the Church law,” said Kadavil.