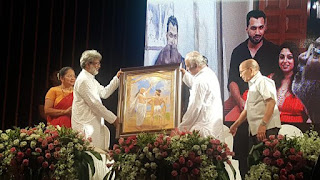 Addressing the gathering after the felicitation, Bhagwat spoke of the role of RSS workers and their commitment to society.