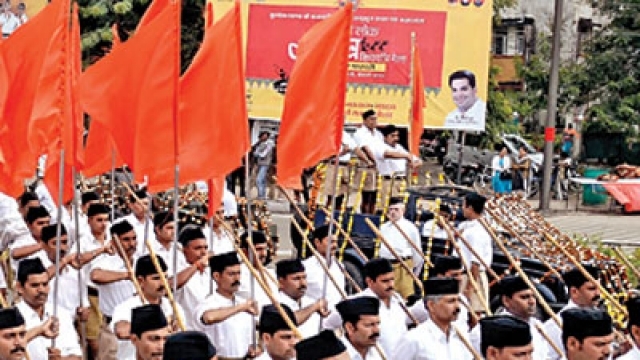 The three-day festival that begins on September 20, will focus on social and national issues.

To inculcate feelings of nationalism amongst university students and to strengthen its cadre, Rashtriya Swayamsevak Sangh (RSS) is organising Nukkar Natak (Street Play) Festival across colleges and universities in Delhi.

The three-day festival that begins on September 20, will focus on social and national issues. The forum will also be used to propagate the ideas of the sangh. Actor-turned-BJP MP Manoj Tiwari and script writer and director Chandraprakash Dwivedi will be anchoring the program on behalf of the RSS.

Sangh felt the need to organise an event like this after the recent Jawaharlal Nehru University (JNU) standoff, when the Ministry of Human Resource Development and the university were at loggerheads over the debate on nationalism. The event is also being looked at a platform to propagate the sangh’s message of India, its values and patriotism.

As a new batch of students is set to join colleges, RSS wants to promote its breed of nationalism amongst student community through street plays. Sangh has initiated the process of identifying script writers and directors for these plays. “There are several like-minded theatre groups in the university campuses as well as the industry. We are getting all these people on board,” said a senior sangh functionary.

In the meeting of the sangh held earlier this week, it was decided that besides roping in professionals, students will also be picked from the universities. Tiwari and Dwivedi will be conducting the auditions and finalising the scripts.

Sangh is of the view that instead of carrying out a political propaganda or holding lectures, theatre is a better channel to connect with the youth as it has mass appeal.

The organisation has planned to hold about 50 such plays across universities. Besides Delhi University and Jawaharlal Nehru University, the festival will also reach out to Indraprastha University and Ambedkar University.

“After the end of the three-day festival, Tiwari and Dwivedi are also likely to hold a professional three day workshop from September 26 to 29.

“Not only will it help in inculcating good values amongst the students, the festival will also help recognising the talented youth and in a way will help build the sangh cadre,” added the sangh functionary.