Please join and raise your voice

Rally in front of White House on Sunday 11 December 2016

রবিবার ১১ ডিসেম্বর দুপুর ১টায় হোয়াইট হাউসের সামনে সমাবেশ
What: Rally: “SAVE BANGLADESHI HINDUS & OTHER RELIGIOUS MINORITIES”
Where: In front of White House (LAFAYETTE PARK, NORTHEAST QUADRANT) <Permit # 16-1838>.
When: Sunday, 11 December 2016 @ 1PM.
While unbearable atrocities are being committed by the Islamists in Bangladesh, the Hindus in America are committed to do everything they can to raise awareness. After organizing successful rallies in front of the United Nations and before the Trump towers in New York, they are now planning to bring the next stretch of the rally to Washington DC. “What is happening to our Hindu sisters and brothers in Bangladesh is beyond words. The daily atrocities, killings , beheadings, burning of homes and businesses, desecration of temples of Hindus and other minorities brings tears to our eyes and need to be stopped immediately”, Sitangshu Guha, one of the rally organizers said.
He urged Hindus and all freedom loving people from all walks of life to join in this rally. “25 million Hindus in Bangladesh, more than the total population of many European nations is in deep danger. The world needs to help”, he added. Many Hindus who voted for Trump, wants the Trump regime to make the world free of Radical Islam and dismantle the terror network worldwide. Experts believe that organizations like Jamaat-E-Islami and Tablighi Jamaat, members of which have participated in many terror acts worldwide are not just participating in the genocide of Hindus in Bangladesh but also are serious threat to America.
To highlight the above issues dozens of Hindu organizations are planning to Rally outside White House  on Sunday, 11 December 2016. Particular focus of the rally will be the recent attacks on Hindu Santhals by Islamic radicals and the continuous attacks on Hindus by ISIS, Jamaat-E-Islami, Tablighi Jamaat and followers of similar ideologies in Bangaldesh . 53 million Hindus have disappeared in Bangladesh since its creation in 1971. Most have been killed, converted or forced to leave Bangladesh.
Experts believe that in 30 years there will be no trace of the Hindu civilization left in Bangladesh if nothing is done to reverse the trend. The aim of the Rally is to appraise President of the United States of America and seek his help for the Bangladeshi Hindus, and other minorities. The goal also is to push the Bangladeshi government to protect its minorities and return to secular governance.
Everybody is cordially invited to join the Rally and raise their voice “Save the Hindus, Christians, Buddhists, Tribals & Indigenous People in Bangladesh”.  The organizers are inviting all  Washington D.C. and Varginia-Maryland Friends to join the Rally with family & friends. The Rally follows similar protests which took place outside the United Nations and in Jackson Heights earlier this month.
In front of Trump Towers

In front of United Nations 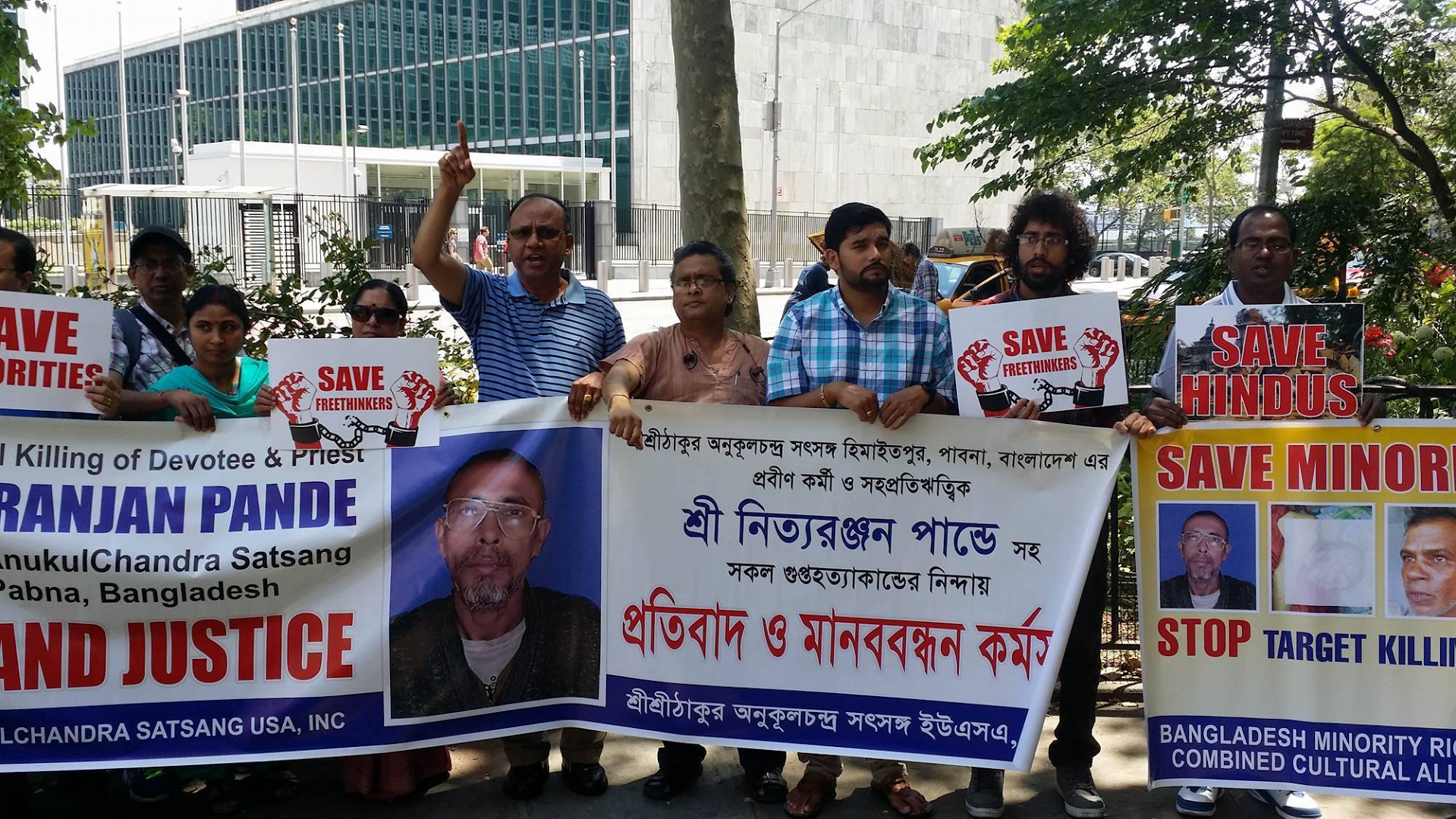