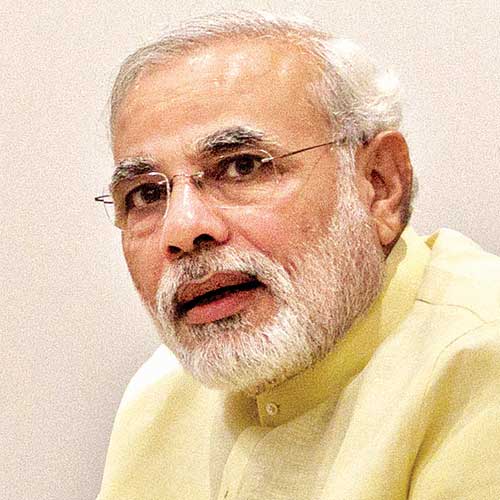 After the Narendra Modi government recently announced that it would be working on a policy to ensure their return to Kashmir Valley, an organisation of Kashmiri Pandits today said that members of the community should be resettled in one specific area in view of security concerns.

“We have made it clear that retention (following return) is possible only if the minority Kashmiri Pandits are rehabilitated in a single place. It will allow the returning Hindus to secure themselves,” said Rattan Lal Bhat, a senior leader of the Jammu and Kashmir Vichar Manch (JKVM).

Bhat said that security is the primary concern where the return of Kashmiri Pandits is concerned.

He also welcomed the interest shown by Modi in working for the return of Kashmiri Pandits and expressed hope that the government would proceed on it in a comprehensive manner.

“All political groups in the Valley support the idea of return and rehabilitation and, therefore, you (Kashmiri Pandits) will have to wait for a few days for us to announce further policy measures on that.”

Meanwhile, he clarified that the plan for the return of Kashmiri Pandits would work only if there is no dilution in the constitutional position of the state.

“Any attempt to alter the constitutional position of the state would change the ground situation. Likewise, any plans to scatter the returnees, by splitting the single-place rehabilitation demand, would proportionately reduce the sense of security among them,” he said.

JKVM has the security of the returnees as its focus, Bhat said, adding that the earlier rehabilitation plans failed because they had not addressed this crucial aspect of the issue.

“Had Syed Ali Geelani, Shabir Shah and other elements in Hurriyat been sincere, they would accept the apprehensions of the minority Hindus and accommodate them. Instead, they are placing conditions,” he said.

Bhat pointed out that settling all Kashmiri Pandits at one place was not a proposal which had come out of the blue as the habitations of other religious groups were concentrated in specific pockets in Kashmir. “Minority Hindus got exiled because the security of life was taken away. That situation can arise any time in the Valley. Kashmiri Pandits cannot return to a future of insecurity and uncertainty, only to be uprooted again,” he added.

Bhat also slammed the separatists over their reported opposition to rehabilitation at one location and claimed that “they want Kashmiri Pandits to return to divided habitations so that the minority Hindus would be at the mercy of Hurriyat and militant leaders.”

Another organisation of Kashmiri Pandits, Panun Kashmir, is already batting for the carving out of a homeland in Kashmir within the Indian constitution and with Union Territory status.