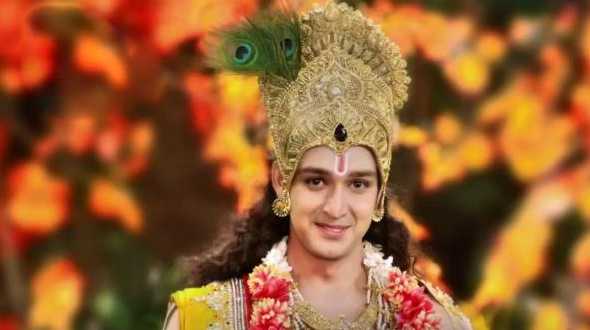 HOUSTON: 2014 marks the 25th anniversary celebrations of Janmashtami (birthday of Lord Krishna) in Houston by the Hindus of Greater Houston (HGH). This community-wide event will be held at the George R. Brown Convention Center on Saturday, August 23, 2014 in a bigger hall with 135000 square feet of space, which can accommodate over 10 thousand people. The event is free and open to all; and presents a perfect opportunity to invite your neighbors and colleagues to showcase our rich Hindu culture. HGH, who strives to bring all the Hindus together, has planned special programs for all ages to make this event a grand success.

HGH has invited a very special guest, Saurabh Raj Jain, an extremely popular television actor of India, who plays the role of Lord Krishna in the TV serial “Mahabharath”, one of the greatest epics on earth. It will be a lifetime opportunity to meet such a great personality

The live garba / dandia singing group is specially being flown in from India which includes the famous Sajda sisters, lead singer Anita Pandit, who shot to fame in the X Factor talent program on Indian Television. To add to the diversity, the well known Kirtan (congregational chanting of sacred mantras accompanied by music) singing group, “the Mayapuris”, will also perform at the event.

A traditional welcome will include breathtaking Rangoli (decoration) with ice depicting Lord Krishna, his beloved cow and a lotus flower. This will be a perfect picture spot for all friends and families to make the event memorable for years to come.

HGH is also working on a few other specials for this event and will announce them as they are finalized. Other items such as children’s costume contest, booths by various organizations, beautiful decorations, delicious and ample Indian snack foods, and more will make for a special evening.