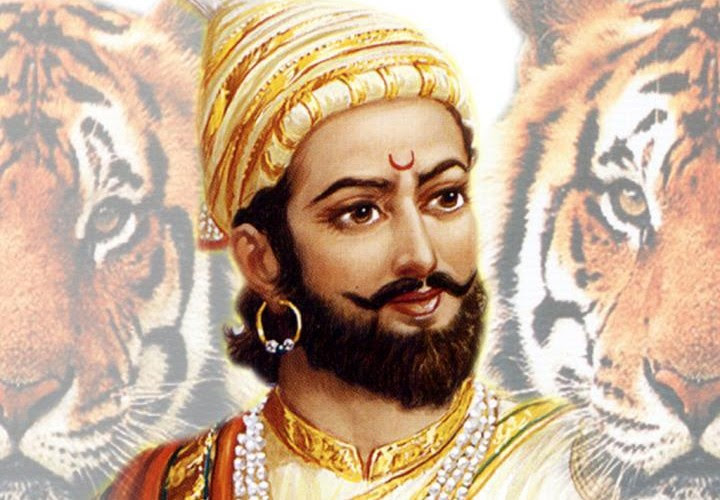 A small country from South –East,  like Vietnam was fighting for number of years against the most powerful country in the world like USA which had even nuclear weapons and still won the war with the inspiration of Chhatrapati. Chhatrapati had defeated Mughals with the same guerilla tactics. Vietnamese soldiers followed the same path. The President of Vietnam had said after winning the battle that they had followed the strategy of Chhatrapati Shivaji Maharaj and therefore, they could defeat powerful America.

Vietnam is one such country that took inspiration from Hindustan which is a history. The war between Vietnam and USA was going on for 20 years. America was under the impression that Vietnam could be destroyed within short span of time; means just few hours; but America had to pay dearly for the war with Vietnam because Vietnamese warriors adopted the strategy of Chhatrapati Shivaji Maharaj keeping him as ideal. After the war was won by Vietnam, the President of that country was asked by reporters the secret behind defeating superpower like USA. The President had said, “It was quite clear that our country defeating superpower was not possible; but during the war, I came across an autobiography of a brave king from Hindustan. We took inspiration from him and planned our strategy and determinedly implemented it. It was observed within few days that we were winning.” Then the reporters asked who that brave Hindustani king was ? The President replied, “Chhatrapati Shivaji Maharaj ! Had this great king been born in our country, we would have ruled over the whole world.” The President had written his last wish before death that ‘It may be written on his grave as ‘One soldier of Chhatrapati Shivaji Maharaj is laid to rest here’. That sentence can be seen even today.
Vietnam’s Lady Foreign Minister was once visiting India few years ago. As per the protocol, she was taken to see Red Fort and ‘samadhi’ of Mahatma Gandhi. After seeing that, she asked where was the ‘samadhi’ of Chhatrapati Shivaji Maharaj ? The Indian officers were quite taken aback on hearing her question. They informed her that it was at Raigad in Maharashtra. She said that she wanted to go there and pay her obeisance. She could not go back without prostrating before his ‘samadhi’ who was the inspiration behind their country to defeat most powerful country like USA. She went to Raigad; had ‘darshan’ of ‘samadhi’ of Chhatrapati Shivaji Maharaj; collected little soil from there and kept it in her purse with lot of devotion; not only this; but she also moved her soiled hand over her forehead as if applying ‘Tila’ of that holy soil on her head. The officers from our Foreign Ministry were not only surprised to see this but were also overwhelmed. Reporters and some officers present there asked her about the same when she said, “This is the soil of brave warriors. A great king like Chhatrapati Shivaji Maharaj was born in this soil. Now after going back to my country, I will mix this soil with the soil of Vietnam so that great valiant leaders will be born even in my country.” Many years have passed since this incident took place. Recently, this incident was published in detail, in one periodical named ‘Sashakta Bharat’ in its November edition.
A small country from South-East fought with most powerful, nuke country like USA and even won the war taking inspiration from Chhatrapati Shivaji Maharaj. America was the winner of Second World War; but her powerful army in Vietnam never used to know where, how and in which manner, they used to be attacked. American soldiers never came to know where and how Vietnamese guerillas used to hide in dense forests. The dream of USA to divide Vietnam could never be fulfilled. Chhatrapati had also defeated Mughals using the same strategy. Vietnam soldiers followed his path. In fact, USA had so sensitive machines that their light used to get switched on wherever there was human urine in the area. They used to find where Vietnamese guerillas were hiding and bombed that part killing guerillas. There again, strategy of Chhatrapati was found useful. They started collecting human urine in earthen pots and hanging such pots to trees. As a result, American machine started getting signals of presence of large number of guerillas. America also used bed-bugs to find guerillas. Bugs used to go in the direction of human for sucking blood; but guerillas used gas to kill all bugs. Many such schemes were used by USA but Vietnamese proved to be ‘one up’ using counter strategies of Chhatrapati. Finally, USA realized it and had to withdraw. Shri. Milind Gadgil, a war-journalist has written a very interesting book on guerillas strategy. Vietnamese guerillas adopted Chhatrapati’s teachings and won which is a thing of pride for us.
Source: Dainik Sanatan Prabhat
1.Here is some more information on Vietnam and its high regard for Chatrapati Shivaji.

2.Also included are some pictures from Champa Kingdom which is part of  Vietnam containing rich historical monuments much like in Cambodia. Champa with its Hindu heritage also suffered same fate as so many of India’s temples did from similar Islamic invaders. Then Vietnam too could have used a Shivaji.  Some of the worshipful statues destroyed were very appealing to eyes and heart with their blissful appearance. These temples like in Cambodia are constructed emulating the trees near by Vietnam artist  sculptors.  During war when US was bombing Vietnam, French Archaeologists  appealed to President Nixon to spare that area where these temples are located. For once he acted humanely and stopped bombing of the precious site of human heritage.

The Champa Kingdom or Cham Dynasty was located along the coastal plains of southern and central Vietnam, between about AD 192 and 1832; located in the same place after the Sa Huynh culture. Archaeological settlement sites such as My Son are represented by towers, temples and urnfield cemeteries with rich grave good assemblages of bronze and gold artifacts. The Chams controlled the coast and the sea lanes between China and India. They were of the Hindu religion or had strong ties to the Indian subcontinent; many stele have Sanskrit inscriptions, and the histories list leaders with Sanskrit names. The descendants of the Champa still live along the coast, but, of course, are part of Vietnam today. 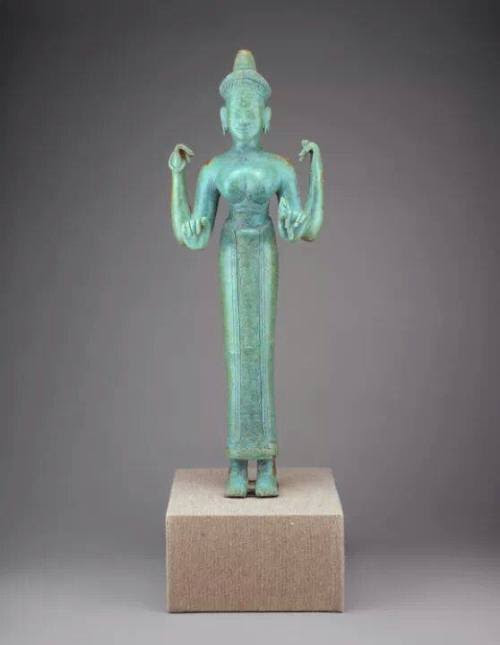 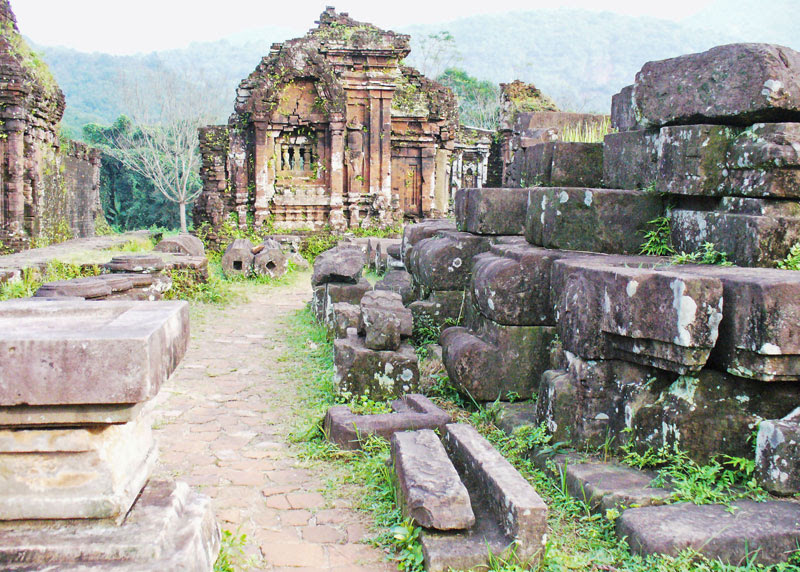 Rising above the base, and nearby Thap Cham village, stands the 800-year-old Cham Temple. The remnant of the once powerful Champa Kingdom at one time was both secular and religious.–nn—-nn–Cham people still inhabit the local area. Their number is small, and their wealth and power are gone. Only the silent temple remains as a reminder of past glories.–nn—-nn–The temple comes to life once a year, though, when the Cham New Year is celebrated in mid-September. Amid an atmosphere both religious and festive, many of the ancient Cham dances, chants and rituals are performed by loyal followers. After the three-day ceremony, the temple becomes silent for another year as the priests and worshipers trod slowly down the hill into the village.–nn—-nn–The Champa kingdom was established around 200 A.D. after the Chams gained their independence from the Chinese. At the peak of their strength their kingdom stretched along the coast of what is now the Republic of Vietnam, from Hue to Phan Thiet. During this golden period, the Chams were widely known as skilled mariners and sea pirates. Their wealth in gold, amber, perfume, aromatic wood and cotton was legendary in Southeast Asia.–nn—-nn–The Champa Kingdom lasted approximately 1,500 years. Throughout their history, they continuously battled with the Vietnamese. The Chams suffered a serious defeat in 1471 when their capital fell to the Vietnamese. The secular kingdom, as such, finally disappeared in the late 1700’s, leaving only the religious aspects which remain today.–nn—-nn–There are now about 35,000 Chams living in Vietnam, most of whom live in Ninh Thuan Province, near this air base.–nn—-nn–The Cham Temple was built in 1306 by King Jaya Simhavarman III. It consists of a main tower and two smaller towers. The tallest tower is about 60 feet high and stands upon a square foundation of stone, 27 feet high on each side.