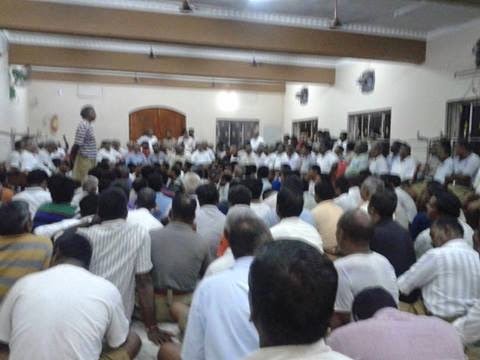 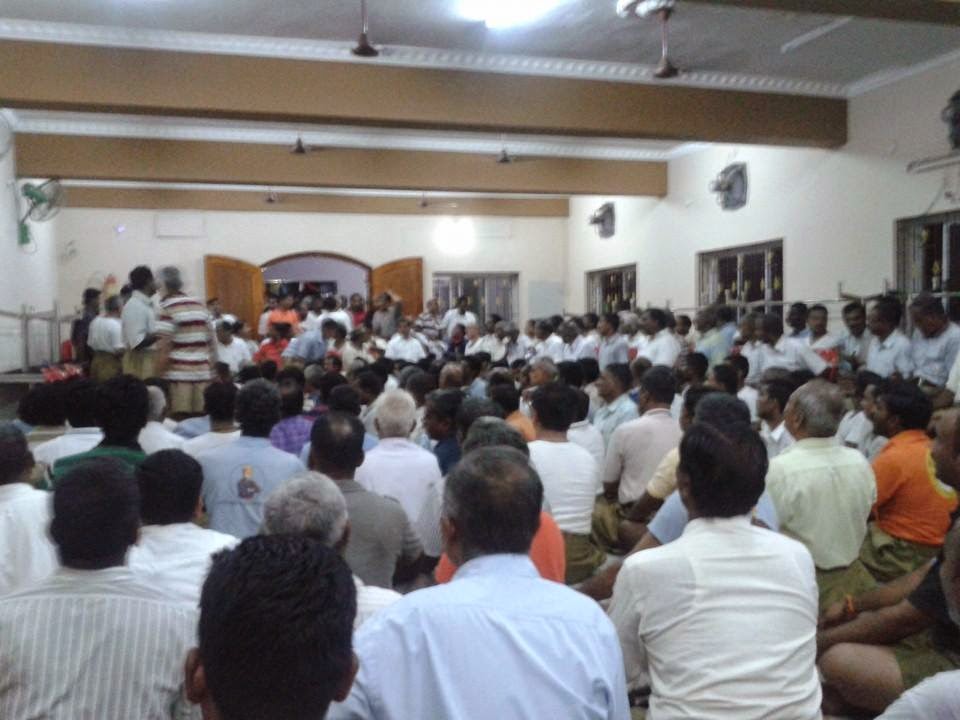 Is a section of TN police blatantly anti-Hindu?
The Blatant anti-Hindu attitude of a section of TN police force created an ugly situation in Devipatinam of Ramanathapuram Distict where the Prantha Bitak of Dakshin Tamilnadu began on June 14.  Evenwhile the 400 RSS Karyakarthas who attended the bitak were reciting sangh prarthana, they were arrested.  There was no provocation at all.  The police force which indulged in the unscenely act was led by DSP Annamalai.

The arrest was made when sangha prarthana was in progress.  Among the arrested were All India Executive member Sethu Madhavan Ji, Kshetra Karyavah S.Rajendran Ji, Kshetra Pracharak Stanumalayan Ji, Kshetra Seva Pramuk PadmaKumar.etc.  Later all the karyakarthas were released.

The news spread and in half a dozen districts across the state spontaneous demonstrations were held against the unprovoked arrest of RSS Karyakarthas.  Over 1000 were arrested on the first day and were later released.
Source: Vishwa Samvad Kendra