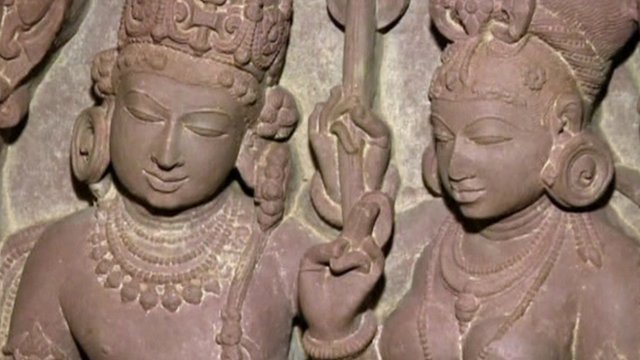 The three pieces of art are worth around $1.5m

The US has returned to India three ancient sculptures that had been smuggled into the US by art dealers and accomplices.

The move followed a month of tense ties after a row over an Indian diplomat who was arrested in the US.

The row erupted after the diplomat, Devyani Khobragade, was arrested in New York on charges of visa fraud and underpaying her housekeeper.

She is now back in India after an apparent agreement with Washington.

India’s consul general in New York, Dnyaneshwar Mulay, refused to acknowledge any link between the row over the diplomat and the return of the antiquities, but expressed gratitude to US.

“I’d really like to express very heartfelt gratitude to US authorities for having invested so much time, energy and resources in obtaining, securing and now helping us repatriate these [idols] to the place where they belong,” Mr Mulay was quoted as saying by The Hindu newspaper.

James Dinkins, executive associate director of Homeland Security Investigations, said “excellent cooperation” between the two countries had “led to the recovery and return of these priceless antiquities”. 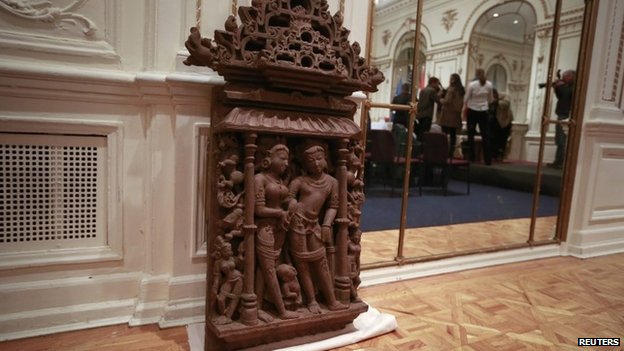 This sandstone sculpture was stolen from a temple in India

“The pilfering of a nation’s cultural patrimony cannot and will not be tolerated,” he said.

The 11th-12th Century sandstone sculptures had been stolen from temples in India and offered for sale in the US by art dealers and their accomplices, media reports say.

The handover comes days after India’s Foreign Minister Salman Khurshid played down the row with Washington, saying there was “no stand-off” with the US. 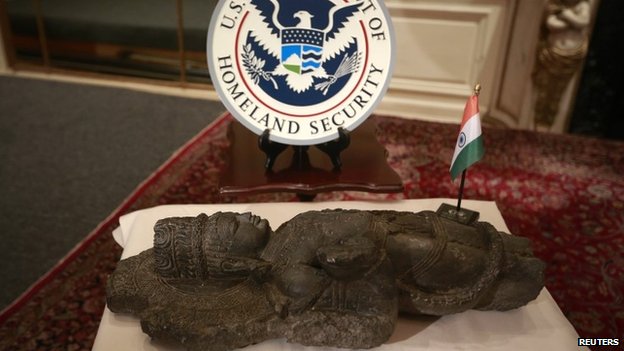