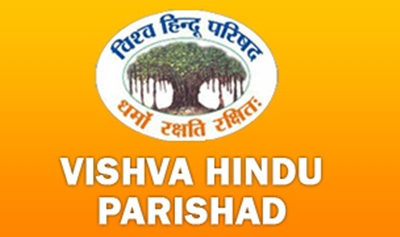 Kolkata, Nov 5 (IANS): Demanding a ban on products dumped by China which has brought the steel and small scale industries “on the verge of closure”, the VHP Wednesday sought the central government’s intervention to counter Beijing’s “economic aggression”.

“The dumping of Chinese products has pushed the Indian steel as well as the small scale industries on the verge of closure,” Togadia said.

“If immediate steps are not taken to counter this Chinese economic aggression, these industries will collapse and lakhs will be rendered unemployed. The central government must take serious note and ban these products,” he said.

Togadia said the steel industry, which was already under pressure because of shortage of raw materials owing to mining restrictions, would collapse within two-three months if steps are not taken to prevent the dumping of Chinese steel.

Talking about the issue of Bangladeshi infiltrators in India, Togadia, however, struck a different chord from the Bharatiya Janata Party which has been up in arms against West Bengal’s ruling Trinamool Congress government on the matter.

“Why single out Bengal alone, Assam and Jharkhand are equally guilty. They have all contributed towards the proliferation of Bangladeshi infiltrators. There are three crore such infiltrators across India compromising India’s security.

“The need is to rise against political concerns and take steps in the nation’s interest and expel these infiltrators because of whom crime and terrorism has been on the rise,” added Togadia.

While the BJP has been accusing the Mamata Banerjee government of harbouring and sheltering Bangladeshi infiltrators, it has upped the ante post the Oct 2 blast in Burdwan in which Bangladesh-based militant group Jamaat-ul-Mujahideen is purportedly involved.