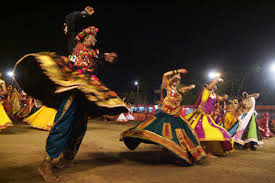 The upcoming Navratri festival, widely celebrated in Gujarat with Garba dances, is set to be an occasion for an aggressive Hindutva campaign by the Vishwa Hindu Parishad.

The VHP says its women’s wing, Durga Vahini, is planning to carry out a campaign against beef-eating and “love jihad” across the State.

“During Navratri, the Durga Vahini members are going to campaign against ‘love jihad’ in colleges. They will also go to housing localities and tell people not to sell houses to those who eat beef,” VHP general secretary Ranchhod Bharwad told The Hindu on Saturday.

Following Indore MLA Usha Thakur’s call for banning Muslims from Garba events, the VHP in Gujarat has gone on the offensive.

“The Navratri is a sacred festival of Hindus. So in Gujarat, we have decided that those who eat beef will not be allowed to enter these events. We have issued a notification regarding this,” Mr. Bharwad said.

Asked if the VHP was targeting Muslims and Christians and how they would be able to identify beefeaters, he said, “Hindus will automatically know it. Why there are some Hindus also who eat beef. You understand who is who.”

In Godhra in Panchmahal district, Bharuch and Vadodara, the VHP has sent out strong messages, the police said. About two weeks ago, unverified leaflets bearing the organisation’s name were distributed in Vadodara, which warned people to be wary of well-dressed Muslim men.

“The whole thing started at the behest of the Indore MLA. They are basically saying that Muslims can come with their families, but single Muslim men will not be allowed. Nothing has formally come to the police. We are communicating with the people and the Garba and peace committees. We are also taking precautions,” a police officer, who did not wish to be named, told The Hindu.

In Narmada district, the VHP sent a letter to the police “regarding the Navratri festival,” which begins on September 25, Manoharsinh Jadeja, Deputy Superintendent of Police, said.

Assuring that no untoward incident would take place, a State Intelligence Department source said, “As of now, there is nothing. Whatever reports have come, we have conveyed to the government.”