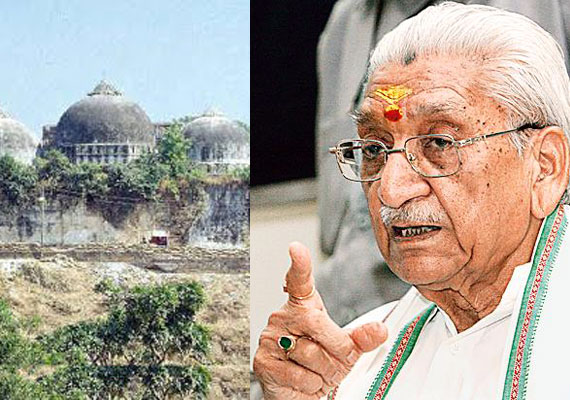 New Delhi: As the Narendra Modi government prepares to take over, BJP’s affiliate outfit Vishwa Hindu Parishad came out with a wishlist ranging from Ram Temple to law on cow slaughter which it wants to be addressed within the Constitutional framework.

Among other issues which it wants to be addressed are Common Civil Code and saving the “enduring holistic culture” by incorporating its “vitals in the educational curriculum” and legal prohibition on “horizontal religious conversions”.

Addressing a press conference in the national capital, VHP International President Ashok Singhal said the absolute majority that the BJP got under the leadership of Modi stands for triumph of the ideas and principles of Gandhiji’s Ram Rajya (Welfare State) and Surajya (Good Governance).

To a question on construction of Ram Temple, Singhal said that with the formation of a strong government at the centre, it would be definitely built “strongly”.

When pressed to specify a timeline, he said there was no need for impatience.

He claimed that the starting point for “Temple development will be to ensure autonomy for Sri Ram Janmabhumi Mandir and the lakhs of Hindu Temples taken over by thegovernments”.

Singhal listed several other issues which he said were related to Hindutva and could beworked out within the framework of the Constitution.

Saving the Ganges from pollution and ensuring its perennial flow, Law against cowslaughter, Common Civil Code and saving the “enduring holistic culture” by incorporating its “vitals in the educational curriculum” and legal prohibition on “horizontal religious conversions” were demands which could be fulfilled through the Constitution, he said.

To a question on invitation extended to Pakistan Prime Minister Nawaz Sharif was a “formality” which should be allowed to happen.

He added that India should have good behaviour towards it neighbours.