Walmart Inc., controlled by the Walton family, led a group that bought a 77 percent stake in Flipkart Online Services Pvt. The deal valued the Indian company at about $21 billion. 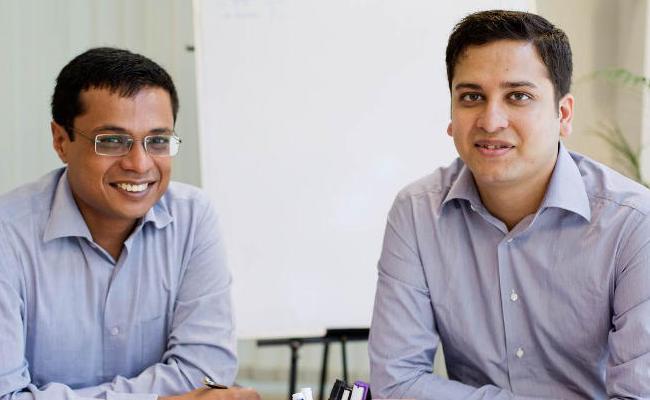 Walmart Inc., controlled by the Walton family, led a group that bought a 77 percent stake in Flipkart Online Services Pvt. The deal valued the Indian company at about $21 billion.

Flipkart co-founders Binny and Sachin Bansal (who aren’t related) were both Amazon.com Inc. employees who quit to start their own e-commerce firm. Before the deal they each owned about 5 percent, according to a Bloomberg analysis of the company’s annual return filed in Singapore. Sachin Bansal will sell his entire stake to Walmart while Binny Bansal will sell part of his to the American retailer, Economic Times reported Tuesday.

The deal should give each a fortune of about $1 billion, although that status may be short-lived as the pair may have to pay 20 percent capital gains tax on any shares they sell in the company, tax experts say.

The deal also attracted the attention of Jeff Bezos, the richest person on the Bloomberg Billionaires Index. Amazon tried to take control of Flipkart with a competing offer but the board ultimately decided a deal with Walmart is more likely to win regulatory approval.

The pair have been billionaires before. Flipkart was valued at $16 billion in 2015, giving each Bansal a $1 billion stake at the time thanks to the 7.5 percent they each held. They lost that status as the firm’s valuation subsequently dipped. It was valued at about $12 billion last year, according to researcher CB Insights.

The Walton family can afford to pay a premium for Flipkart. The combined net worth of Alice, Jim, Rob, Lukas and Christy Walton is $146 billion, according to the Bloomberg ranking.