A Brief Introduction to Robert Spencer

Robert Bruce Spencer (born February 27, 1962) is an American author and blogger best known for his criticism of Islam and research into Islamic terrorism and jihad.

As of 2014, he has published twelve books, including two New York Times best-selling books. In 2003, he founded and has since directed Jihad Watch, a blog which he describes as containing “…news of the international jihad, and commentary…” which is dedicated to “bringing public attention to the role that jihad theology and ideology plays in the modern world, and to correcting popular misconceptions about the role of jihad and religion in modern-day conflicts”. 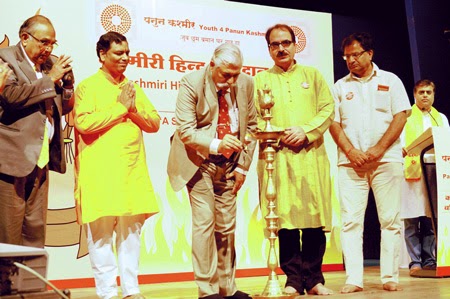 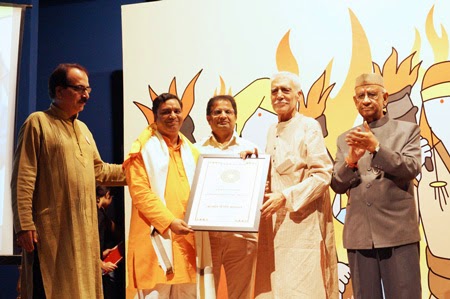 Pune (Maharashtra) : 14th September ! ‘ Panun Kashmir : Martyr Day for Kashmiri Hindus ‘ – Kashmiri Hindus had to become refugees in their own land i.e. Hindustan due to wrong deeds of jihadi terrorists and indifferent Government having no feelings for Hindus. Kashmiri Hindus have been living like refugees for the past 24 years.

On the occasion of Kashmiri Hindus martyr Day, they made a firm resolve to give an apt reply to jihadis and anti-nationals by creating an extensive unification and undertaking ‘Panun Kashmir’ movement at national level so as to get back their Kashmir. A program was arranged on the occasion of martyr day of Kashmiri Hindus at ‘Bheemsen Joshi Hall’ on 14th September at Aundh. All Hindus attending the program raised slogans of ‘Panun Kashmir (i.e. Our Kashmir)’ igniting fire of patriotism amongst all. The program was attended by more than 600 Hindus.

Indians are connected to Kashmir on the issue of ‘Hindutva’. Kashmir is the land of Sage Kashyap. When a person does not know his ‘gotra’, it is taken as ‘Kashyap’. For this reason also, all Hindus are related to Kashmir. The most important thing is Hindu Janajagruti Samiti’s treading on the path of establishment of Hindu Rashtra which is its goal. Creation of ‘Panun Kashmir’ will be the beginning of Hindu Rashtra. Shri. Ramesh Shinde, the national spokesperson of HJS, stated the above while explaining relations with Kashmiri Hindus.  A discussion program was held on 14th September on the occasion of Kashmiri Hindu martyr Day on behalf of ‘Panun Kashmir’ where he expressed the above views.

1. While explaining about article 370, Shri. Sushil Pundit, Shri. Ajay Chrongu and Shri. Rashnik Kher drew attention to shortcomings of this article and opined that it can be withdrawn with political will power.

2. Shri. Kher said ‘Kashmiriyat’ is hypocrisy and is means of earning money for organizations like ‘Sarhad’.

3. Shri. Pundit informed that Kashmiri language was not being taught in any schools in Kashmir.

4. Shri. Rahul Razdan said that it was essential for future generations to know about Hindus’ history, culture, customs and traditions and for which efforts should be made using different media.