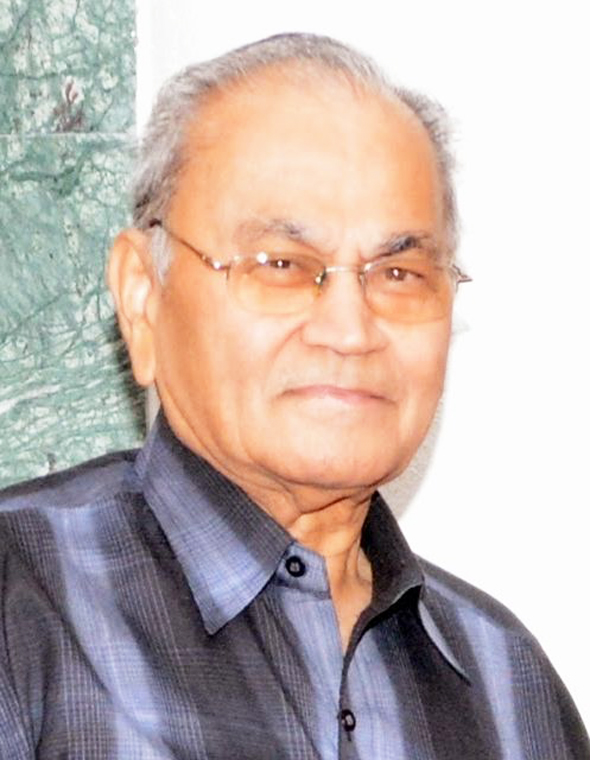 HOUSTON: Padmakant Khambhati, a giant in the world of the Hindu community in the Houston area, and also widely respected and known nationwide, passed away this past Monday, April 20 after a brief illness. He was 78-years-old.

Khambhati, hailed from Ahmedabad, Gujarat. His parents followed Vaishnavism and he along with his father received initiation from the noted Tathacharya of Srirangam. He was well known in Ahmedabad to present pravachan on “Thiruppavai” on the 30 verses of “Sri Andal” in Gujarati.

He graduated in Ahmedabad as a Mechanical Engineer and as a top ranking gold medalist student. He came to the US and stayed in New Jersey for a short while and then ventured into motel ownership in North Carolina. He moved to Houston in 1981 and joined the City of Houston, Public works and Engineering Department as its Manager.

Khambhati had the courage of his convictions and worked for the Hindu causes all through his life. Undeterred by any challenges that came his way he became a role model for many and to uphold Hindu Dharma in its truest form and spirit. He made friends with all in the community extending good will and camaraderie. His seeking of pure knowledge of Hinduism made him associate with many Hindu religious leaders including Sri Satguru Bodhianatha Velayanswami of Hinduism Today, Sri Sri Chinna Jeeyar Swami of JETUSA, Sri Velukkudi Krishnan, Acharya David Frawley and many others.

Khambhati is a founding member of Hindus of Greater Houston along with Raj Syal and Prabhat Sharma. He took the initiative to make the George R. Brown Convention Center the venue for the first ever community-wide celebration of Janmashtami. He served in the committee of Vedic Education at Arya Samaj Houston along with Acharya Dr. Prem C. Shridhar and a few others. He was an active participant in the initial setting up of Hindu Swayam Sewak Sangh in Houston. He pioneered into participation in Inter Faith Ministries meetings representing Hindu faith and participated at one of their seminar that was held at Rice University. 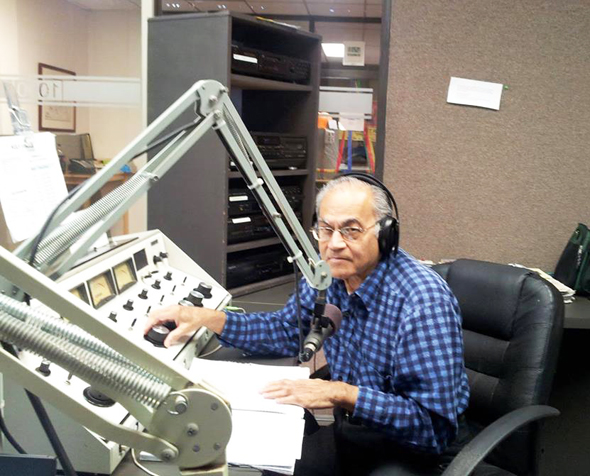 Khambhati was an active member of Vishwa Hindu Parishad of America and volunteered in many of its summer camps. He actively participated in most of the Hindu Temples and organizations and festivals in the Greater Houston area. He conducted classes in Sanskrit and Bhagavad Geeta at Keshav Smirthi.

His contribution to the Hindu community is noteworthy in establishing the Sanathan Hindu Center that not only conducted weekly bhajans but another very important role of providing “Anthim Sanskar” – the ultimate service to the human body or the cremation services in the traditional Hindu way. He established contact with the funeral homes that provided not only subsidized rates but also took care of the Hindu ritualistic needs and with one phone call he was able to provide services at family’s time of need.

Khambhati established the “Voice of Sanathan Hinduism Radio program”, in Houston, the only radio program devoted to Hinduism as early as 1993. He endeavored to present Vedic Dharma with accuracy, with knowledge gained through intensive research and providing opportunity to dwell on the invaluable philosophies of ancient Hindu heritage. Mantras and Vedic hymns were taken from scriptural authorities and broadcast their significance and offer a better understanding of them. Open discussion on spiritual, divine and religious scriptures and texts, and interpretations of the Vedas and Vedanta, are regularly conducted during the show. It also includes a wide variety of bhajans, dhun and sangeet interspersed with more serious matters of spirituality.

Voice of Sanathan Hinduism is a three-hour long commercial-free program aired every Sunday from 9 am to 12 noon and was very close to Khambhati’s heart. He was admitted to the hospital on Sunday, March 29, 2015, right after he finished broadcasting the radio program, which turned out to be his last broadcast. The radio program he created was made possible solely through donations and continues to be sustained all these years by the generous continued support of wellwishers and listeners.

Besides all the interaction and his service to the community Khambhati was very caring and loving man and family meant everything to him. His wife Rama was a pillar of support and would extend gracious hospitality to all both at home and outside. Padmakant Khambhati is survived by Rama and their children, Dushyant Khambhati and his wife Anita and their children Jay and Beejal; daughter Kalpavalli and her husband Jitendra Patel, and their children Devanshi and Shivani.