UP government is eyeing to make new Guinness World Record with longest fleet of buses.

PRAYAGRAJ: By rolling out a fleet of 500 buses at the ongoing Kumbh Mela in Prayagraj, the Uttar Pradesh government is eyeing to break existing Guinness World Record. The record of largest parade of buses is currently held by Abu Dhabi of 390 buses. A 5.8 km-long convoy of 390 buses had travelled a stretch of 4 km on the Sheikh Khalifa bin Zayed Highway in Abu Dhabi. The record attempt was to celebrate UAE 39th national day.

According to an official, the parade of 500 buses would be the longest anywhere in the world.

The Uttar Pradesh State Road Transport Corporation (UPSRTC) buses will cover a distance of over 3.2 km. The parade of the saffron-coloured buses will be held at NH-19, between Sahson toll and Nawabganj toll plaza. 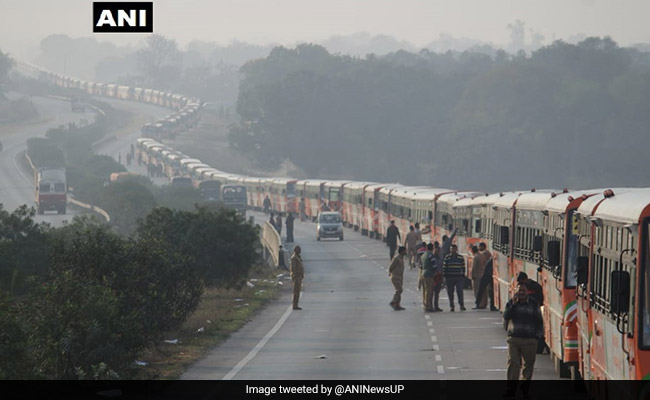 The record of largest parade of buses is currently held by Abu Dhabi of 390 buses.

“The parade is also to demonstrate the traffic plan which worked very well during the ongoing Kumbh Mela where 1,300 hectare of land was used for parking of vehicles”, Additional Chief Secretary (Information and Tourism) Avaneesh Kumar Awasthi told news agency IANS. 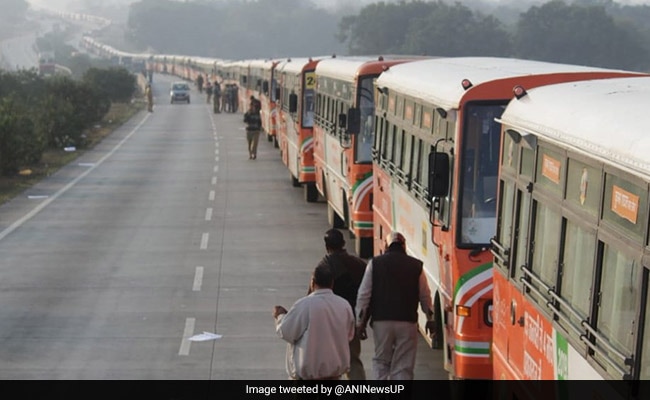 The Uttar Pradesh State Road Transport Corporation (UPSRTC) buses will cover a distance of over 3.2 km.

Over 20,000 police personnel were deployed for security and safety of the Kumbh Nagar where millions visit every year, he added.

The UPSRTC had issued directions to all the 18 regions of the state to send the buses along with manpower in the city by February 27.

A couple of observers from the Guinness Book of World Records will witness the record-making attempt on the route on which buses will run.

(With Inputs From ANI, IANS)