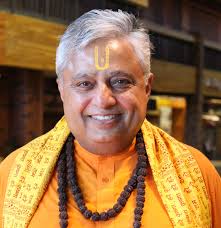 Hindu statesman Rajan Zed, taking up this issue, has earlier stressed that Lord Shiva was highly revered in Hinduism and was meant to be worshipped in temples or home shrines and not to be used in selling beer for mercantile greed.

Zed, who is President of Universal Society of Hinduism, has urged Asheville based Asheville Brewing Co. to apologize and withdraw its Indian Pale Ale beer bearing the image of Lord Shiva, calling it highly inappropriate.

This beer, named as “Shiva”, displays the image of Hindu Lord Shiva in Nataraja form.

Father Stephen R. Karcher, prominent Greek Orthodox Christian clergyman in Nevada and adjoining California, in a statement today, stressed: I sympathize with our Hindu friends who are distressed to see their revered Shiva portrayed on the side of a beer can. This shows a complete absence of cultural sensitivity and religious awareness, and is degrading not only to Hindu people but to all who take faith seriously and practice it freely in our great nation.”

Richard L. Smith, a highly respected United Church of Christ pastor, in a statement today, noted: I support the protests of Hindus who are offended by the name and image of the god Shiva being used to sell ale, just as I would be if a winery decided to name one of its products “Sangre de Christo.” I urge the Asheville Brewing to find another approach.

Well known Buddhist minister Jikai’ Phil Bryan, in a note to Rajan Zed, said: I agree completely with your objection to the use of Lord Shiva as the name of a beer…It will be to the great credit of the brewing company to honor your request and change the name of the beer. I trust they will hear your message and respond sensitively to it.

Rabbi ElizaBeth W. Beyer, Jewish leader in Nevada and California, argues that inappropriate placing of a religious group’s deity is a serious affront to the many Hindus who worship Shiva. We fully back Hindu statesman Zed’s initiative on this issue.

Luther James DuPree Junior, a Bishop in the Church of God in Christ, has also supported Hindus disturbed over the trivialization of their revered deity.

Hinduism is the oldest and third largest religion of the world with about one billion adherents and a rich philosophical thought and it should not be taken lightly. Symbols of any faith, larger or smaller, should not be mishandled, Rajan Zed points out.

In Hinduism, Lord Shiva, along with Lord Brahma and Lord Vishnu, forms the great triad of Hindu deities. Moksh (liberation) is the ultimate goal of Hinduism. There are about three million Hindus in USA.

Asheville Brewing, launched in 1995, offers three locations in Asheville; which besides brewery, also includes restaurants and Dine-In Theater; and distributes its beers in stores and restaurants in Western North Carolina. It describes Shiva beer as “crisp, citrusy” and adds “Your palette will be lifted to higher planes of consciousness”. It is also available in 12 ounce cans and 22 ounce bottles. Asheville, incorporated in 1797, has reportedly reigned the champion “Beer City USA” each year from 2009 to 2012.