September 17th, 2013 (Wilmington, DE) -Hindu Congress of America aka Hindu Mahasabha of America (HMSA) condemns the shooting rampage on a base in Washington on Monday, killing 13 people. 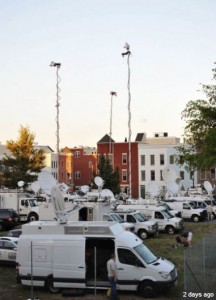 Police identified the alleged shooter as 34-year-old Aaron Alexis, of Forth Worth, Texas, who served full-time in the Navy from 2007 to 2011 as determined by the FBI and Pentagon. The FBI appealed to the public for information on the suspect, who reportedly had once been arrested but not charged in Texas for shooting a bullet through his apartment ceiling.

Such inhuman acts should not be allowed to happen anywhere. HMSA offers its deepest condolences to friends and family members of the victims of this inhuman tragedy.