India is the only country in the world where citizens have to take out a march for action against unauthorized buildings !Anti-Hindu promptness shown by police !

Navi Mumbai : A mosque has been constructed in an unauthorized manner near Datta Meghe College at Airoli. Large number of Hindus marched against this unauthorized structure and registered their protest. Police tried to oppose the march in a clandestine manner; but Hindus paid total disregard to them. More than 500 Hindus joined the march. (Congratulations to devout Hindus for joining march irrespective of police opposition ! – Editor, Dainik Sanatan Prabhat)

1. CIDCO had kept a reserved plot for ground and garden near Datta Meghe College; but fanatics grabbed that plot and erected a durgah. Then, they started unauthorized construction of a mosque although there is no Muslim population in that area.

2. Hindus, on realizing that such construction can adversely affect peace in that area, organized a huge march to protest against this construction.

3. The march was started from Gaondevi ground and concluded at Airoli station. A representation was submitted to Zonal Officer Balkrushna Patil of Municipal Corporation and officers of CIDCO.

4. It has been stated in the representation submitted by Hindus that Hindus would intensify their agitation if the unauthorized building was not demolished within 6 days and State Administration would be responsible for the consequences like communal disharmony. Shiv Sena’s Municipal Councilor Lata tai Kotkar also joined the march.

5. The concerned officers promised to take action against the construction. (Why do they take action only after receiving complaints ? When common Hindu citizens realize that unauthorized construction is going on, how can these officers be oblivious ? Are they blind or purposely turning blind eye to such things ? – Editor, Dainik Sanatan Prabhat)

6. Advocate Shri. Vishal Mohite addressed the protestors that the unauthorized building posed danger for the culture of Airoli. Hindus will not keep quiet till the structure was not demolished.

7. A meeting was held by Hindus in Gaondevi temple. Shri. Sunil Kadam of Hindu Janajagruti Samiti (HJS) said that henceforth Hindus would not tolerate attacks on their Dharma. Hindus need to unite for the same.

Organizations and parties participating in the protest march 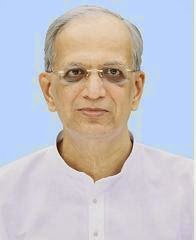 ‘We will not touch unauthorized mosques and ‘Crosses’ and will not even allow you to touch them; but we will treat Hindus’ ancient temples as unauthorized structures and demolish them. Police, Government Administration and politicians having such attitude will be given life imprisonment for this offence and forced to undertake spiritual practice in the Hindu Rashtra.’
-(H.H.) Dr. Athavale (25.11.2014)

Anti-Hindu promptness shown by police and apt reply by Hindus !

As soon as the police learned about this march, they immediately imposed a curfew in the area and gave protection to the unauthorized mosque. (Police, who should have stopped the unauthorized construction, are instead protecting it; then how will they take care of law and order ? Send names of such policemen to ‘Sanatan Prabhat’ ! They will be made to undertake rigorous spiritual practice in Hindu Rashtra by way of punishment ! – Editor, Dainik Sanatan Prabhat) Hindus spontaneously joined the march and defied the curfew; participation of women in this march was quite noticeable. People from different parties joined the march as Hindu citizens.