LUCKNOW: Post Diwali, Lucknow is likely to witness a new dimension in its transport system with the introduction of the much-awaited radio cab service. Confirming the development, a senior official posted in the Transport Department told TOI on the condition of anonymity that a cab operator had evinced interest in operating radio cabs in the city. 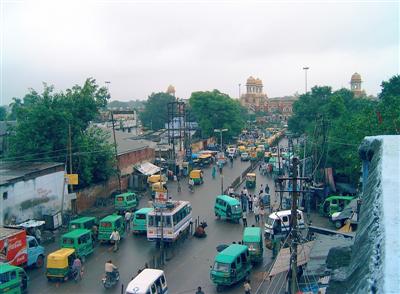 Residents of these cities will be able to easily avail the services of professionally managed, comfortable, air-conditioned radio taxis from eligible service providers who apply for permits under the scheme. Radio taxi will be available to the general public in three ways — by calling on phone, by hiring the taxi from designated locations or by hailing an empty taxi on the road.

When asked whether any feasibility study was carried out before the introduction of radio cabs, officials said, “Since the radio cabs would be operated by individuals or private firms, the question of feasibility study does not arise, as no capital has been invested by the transport department.” They also added that this time, the transport department had tried to devise norms in a holistic manner, so that if any of the districts mentioned above become municipal corporations, then there would be no need to draft another set of laws.

Radio taxi services will be available on 24×7 basis. They will be new vehicles, equipped with GPS/GPRS technology for constant tracking by their operators to ensure passenger safety. They will be driven by well-mannered drivers whose credentials would have been verified by the police department. Photograph of driver and operator, along with their details, including mobile phone numbers will be displayed on the dashboard of the vehicle for the information of passengers. Proper billing would be done through electronic fare meters fitted on the taxis.