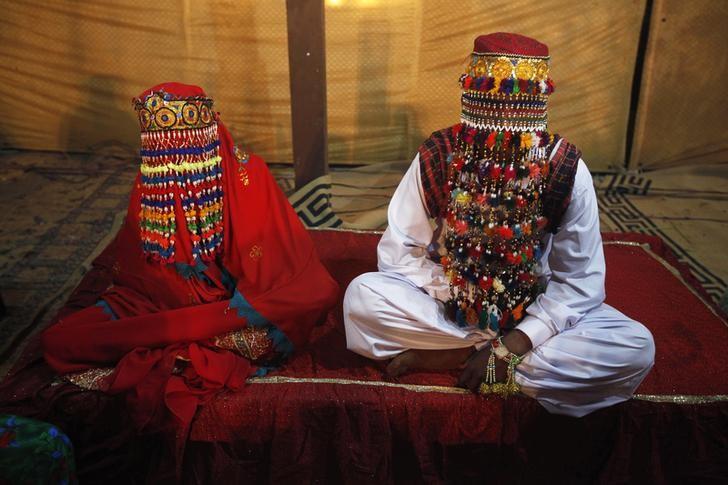 A bride and groom sit together during a mass marriage ceremony held in Karachi January 2, 2015. REUTERS/Athar Hussain/Files

Pakistan’s lower house of parliament has passed a landmark bill giving its small Hindu minority the right to register marriages, the last major hurdle on the way to enacting a law aimed at protecting women’s rights.

Activists say that Hindu women have been disproportionately targeted for abduction, forced conversions and rape because their marriages were never officially recognised and therefore not provable in court.

The National Assembly passed the bill on Monday after 10 months of deliberation. The Senate is expected to pass the law without any significant delay.

Hindus make up approximately 1.6 percent of Pakistan’s Moslem-majority 190 million population, but have not had any legal mechanisms to register their marriages since independence from Britain in 1947.

Christians, the other main religious minority, have a British law dating back to 1870 regulating their marriages.

Zohra Yusuf, head of the Human Rights Commission of Pakistan, said the proof of marriage would offer greater protection to Hindu women.

“Once marriages are registered, at least they have certain rights that are ensured,” she said.

Widows, in particular, were disadvantaged, she said, being unable to prove marriage to their husbands in order to gain government welfare benefits. The new law legalises remarriage for a widow six months after her husband’s death.

It also grants Hindus the right to divorce, with women having the additional right to do so on grounds of negligence, bigamy or having been married before 18.

Activists warn, however, that more needs to be done on the issue of abductions and forced conversions.

“When there is suspicion of a forced marriage, it has to be investigated … currently members of the Hindu community say that no-one listens to them, not even the courts,” said Yusuf.