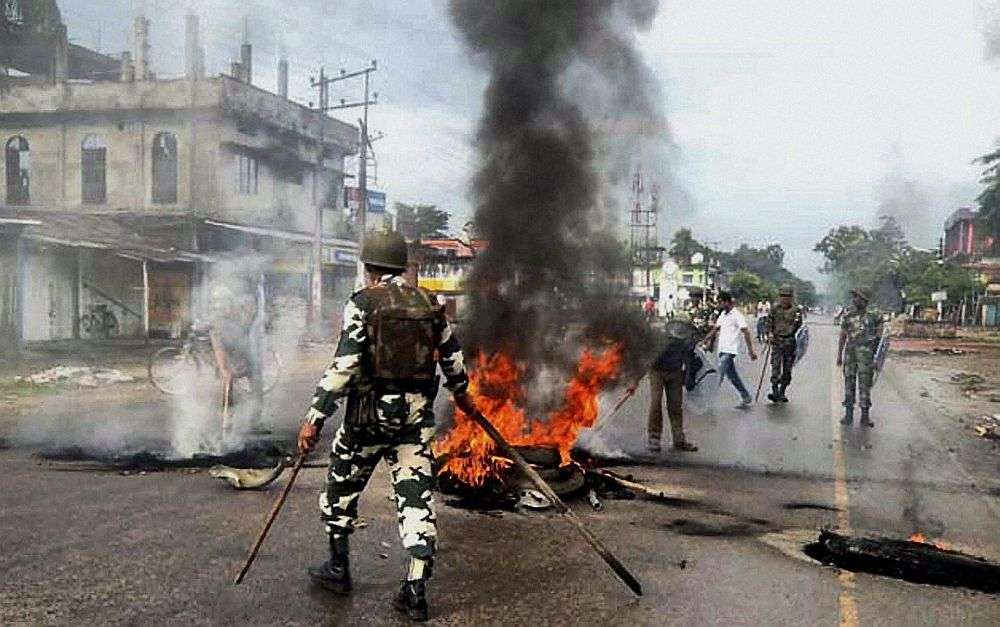 A protest, on Sept 5, against elections to the Missing Autonomous Council, in Dhemaji, Assam.

“Six persons were brought to the Gauhati Medical College Hospital and one of them was brought dead. One seriously injured has been operated upon and another four injured are undergoing treatment”, Hospital Superintendent R Talukdar told PTI today.

Three other wounded were admitted to Goalpara Civil Hospital and one in a private hospital, officials said.

Armed with automatic weapons, suspected Garo National Liberation Army insurgents from across Meghalaya had last night indiscriminately opened fire upon a group of people gambling on the occasion of Diwali at remote Gendamari, under Aagia Police Station.

Six persons were gunned down on the spot, while 10 others were seriously injured with one of them succumbing to his wounds on way to hospital, they said.

Security measures have been intensified in the district following the incident, the sources added.

Goalpara district has been witnessing violence since October 20 last with protests against the upcoming Rabha Hasong Autonomous Council elections between November 13 and 25 demanding exclusion of non Rabha areas from the Council.

Sources ruled out that last night’s incident was connected with the Council elections.

Proscribed GNLA based in the Garo hills jungles of Meghalaya, adjacent to Goalpara district, has been fighting for a separate state since 2009 indulging in killings, attacks on security forces and civilians, blasts, kidnappings and extortions.