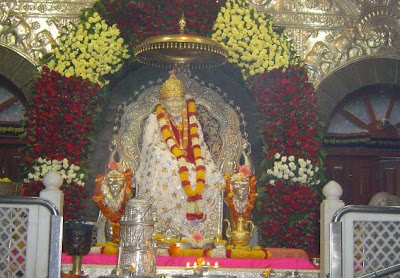 Named as Shirdi Sai Durga Shiva Venkateswara Temple (Hindu Temple of Katy), it will be built on 2.39 acres of acquired land. Community plans to conduct fundraisers to cover the cost. This temple will be termed as Adhamottamam (Best of the least), reports suggest. Texas already has dozens of Hindu temples.

Rajan Zed, who is President of Universal Society of Hinduism, further said that it was important to pass on Hindu spirituality, concepts and traditions to coming generations amidst so many distractions in the consumerist society and hoped that this temple complex would focus in this direction. Zed stressed that instead of running after materialism; we should focus on inner search and realization of Self and work towards achieving moksh (liberation), which was the goal of Hinduism.

Mission of the Temple includes to “provide a forum for scholarly discussions of the Vedas, Hindu philosophy and Sanatana Dharma” and it plans to conduct/sponsor various charitable, educational, social and cultural activities for the benefit of Hindu community, besides regular religious services.

City of Katy, west of Houston, which started as hunting ground of the Karankawa Indian tribes, was settled in 1872 and incorporated in 1945. Its tagline is “a City with a heart” and it is known for annual Katy Rice Harvest Festival. Notable residents associated with Katy include actresses Renee Zellweger, Kimberly Caldwell and Renee O’Connor; football player Andy Dalton; ice hockey player Tyler Myers; and professional female bodybuilder Iris Kyle. Fabol R. Hughes and Johnny Nelson are Mayor and City Administrator respectively.

Hinduism, oldest and third largest religion of the world, has about one billion adherents. There are about three million Hindus in USA.