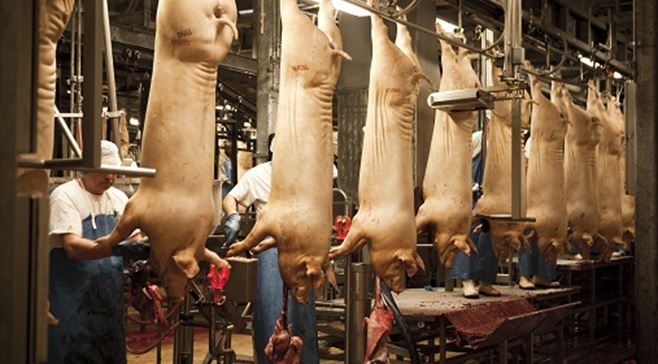 Proximity to the gurdwara’s kitchen, central point of objection

Hundreds of British Sikhs up in arms against the proposal to construct a meat plant right next to a gurdwara in Bradford have taken their fight to the High Court against the city council’s approval for the unit.

The food firm ‘Pakeezah’ had proposed to convert a car workshop next to Guru Gobind Singh Gurdwara into a wholesale meat plant, which was given a go-ahead in August, despite protests by local Sikh groups. More than 200 members of the Sikh community have now lodged an application for a judicial review, a decision on which is expected from the High Court by the middle of next year.

Kuljeet Dobe, the lawyer representing the Sikh community of the northern English city, said: “A decision won’t be reached soon, but at the very least we have delayed Pakeezah’s meat plant by12 months. The Bradford council has told the company not to start work until the judicial review decision is made.” The proximity of the gurdwara’s kitchen to the proposed meat plant has been the central point of objection against the plans, the Bradford Telegraph reported.

“We feel they [the city council] haven’t taken into account the philosophical and theological points that were presented to them in a detailed report. We want the decision reverted,” said Nirmal Singh, chairman of the board of representatives of Bradford Gurdwaras.

“If we let this one through now, it will set a precedent for all places of worship. This could happen to a church or a mosque so we need to be unified,” said Kaldeep Singh Duway, president of the Guru Gobind Singh Gurdwara.

Pakeezah director Tariq Haq has maintained the meat plant was an extension and would not affect the temple in any way.