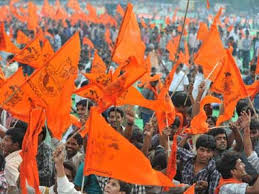 In Meerut, Balmikis threaten to convert to Islam

The Vishwa Hindu Parishad has rushed to the “rescue” of about 60 members of a Dalit community who had threatened to embrace Islam after they were not allowed to worship at the Balmiki Ashram in Baghpat.

The Dalits who are residents of Jamaalpur village in Meerut alleged they were not allowed to celebrate Balmiki Jayanti, birth anniversary of Saint Balmiki on October 8, 2014 at the Balmiki Ashram. They alleged that an upper caste priest of the Ashram had been discriminating against the Dalits.

The U.P. unit of the VHP approached the families and assured that action will be taken against the priest if their allegations were found to be true.

Shyam Sundar Singh, a member of the Dalit community told The Hindu that an upper caste priest had put a ban on their entry in the Ashram which he claimed belonged to Balmiki community.

“There is an upper caste priest who has hijacked the Balmiki Ashram and for quite some time now has been refusing us the permission to perform pooja inside its premise. We have approached the administration against this kind of injustice,” he alleged.

“If our grievances are not solved by January 26, all of us will convert to Islam en masse,” he reiterated the threat.

The local VHP leader Sudarshan Chakra told The Hindu that he will look into the grievances of the Dalits to ensure the Dalits don’t convert.

“We have approached the Dalit families who are angry at being discriminated. We are going to sort out their issues and ensure that they get access to the ashram and perform puja there,” he said.