With great pleasure we would like to introduce World Hindu Economic Forum to you!

Inspired by the philosophy laid out by the legendary Thinker, Philosopher and Economist – Chanakya: Economy is the Foundation of Community Success and Strength. The World Hindu Economic Forum is guided by a Vision of ‘Making Society Prosperous’ combined with a Mission of ‘Creating and Sharing Surplus Wealth’.

Hindus contributed 33-49% to the world economy from 1st till 15th century CE. The Hindu civilization was wealthy, prosperous and strong. This prosperity was lost during the period of Islamic invasion and colonial rule.

The principal aims of the World Hindu Economic Forum is to bring together, from around the globe, successful leaders within the Hindu Society such as traders, bankers, industrialists, businessmen, professionals, technocrats, investors along with economists, academicians, political leaders and thinkers, so that each group can share their business knowledge, experience, expertise and resources with their fellow delegate. The WHEF journey began in 2012 at Hong Kong, followed by successful annual forums in Bangkok 2013, New Delhi 2014, London 2015, and several regional forums along the way. At present WHEF is the only way to bring Hindu leaders on one Platform for facilitating Networking among them.

The United States is the premier economic power in the world. It is driven by a spirit of entrepreneurship and leads the world in fields of finance and technological innovation. There are multiple opportunities for growth across the length and breadth of this vast nation. Los Angeles (LA) is the third largest economic metropolitan area in the world. Los Angeles is a global hub for international trade, manufacturing, technology, finance, entertainment and fashion – making it an excellent venue for the World Hindu Economic Forum. WHEF 2016 @ Los Angeles will enable Hindus from across the world to network, get first hand insights into the North & South American markets, and pursue opportunities for mutual growth.

Below are few highlights of the conference 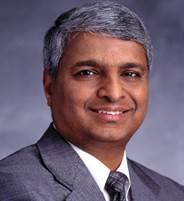 Dr. Deshpande has pursued an entrepreneurial career for the last three decades.  He is involved either as the founder, a founding investor or chairman of several companies including Cascade Communications, Sycamore Networks, Coral Networks, Tejas Networks, Cimaron, Webdialogs, Airvana, Sandstone Capital, A123 Systems and Curata. 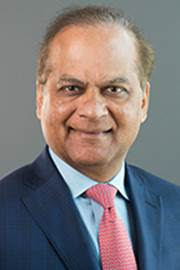 Dr.S P Kothari : Professor of Management at the MIT Sloan School of Management and an editor of the Journal of Accounting and Economics. He was also Global Head of Equity Research, Barclays Global Investors, acquired by BlackRock on June 11, 2009. Prior to 2008, he was Deputy Dean and the head of the department of Economics, Finance and Accounting.

The American Accounting Association (AAA) honored his work with the 2014 Notable Contributions to Accounting Literature Award.  For the past 17 years, Kothari has served as an editor of the Journal of Accounting & Economics, a world-renowned academic research journal in accounting. 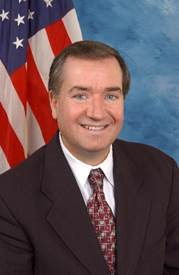 Ed Royce : U.S. Representative Ed Royce (R) became the Chairman of the Committee on Foreign Affairs in January 2013. He is serving his twelfth term in Congress, representing California’s 39th district based in Orange, Los Angeles and San Bernardino Counties. 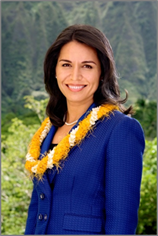 Tulsi Gabbard : A Hindu American politician and member of the Democratic Party who has been the United States Representative for Hawaii’s 2nd congressional district since 2013.

Tulsi is first and only Hindu-American member in House of Representative in USA.  She was elected in 2012 to the United States House of Representatives, serving Hawaii’s 2nd District.  She is one of the first two female combat veterans to ever serve in the U.S. Congress.  Tulsi was elected to the Honolulu City Council, Hindu-American Politician, serving as Chair of the Safety, Economic Development, and Government Affairs Committee and Vice Chair of the Budget Committee.  Days after being sworn in to her first term in Congress, Tulsi was selected to serve as vice-chair of the Democratic National Committee.

Different topics and speakers for the session

Please complete the first step of registration by submitting the form by clicking this link. After submission, you will be automatically taken to the fee payment page.

If you have already submitted the registration form and need to complete payment, please click here.

All registrations are reviewed and qualified by WHEF Organization Committee after payment is received. The Delegates will be provided with invitation letter so as to apply for any necessary visa.