SELANGOR: About 1.5 million people are expected to visit Malaysia’s sacred Batu Caves on Thursday (Feb 9) for one of the biggest Thaipusam celebrations outside India.

The festival is the grandest and most vibrant displays of Hinduism and Tamil culture in multi-ethnic Malaysia and features chariots, the carrying of “kavadi” (a ceremonial offering) and devotees in trances as they offer penance and thanksgiving to the Hindu deity Lord Murugan. 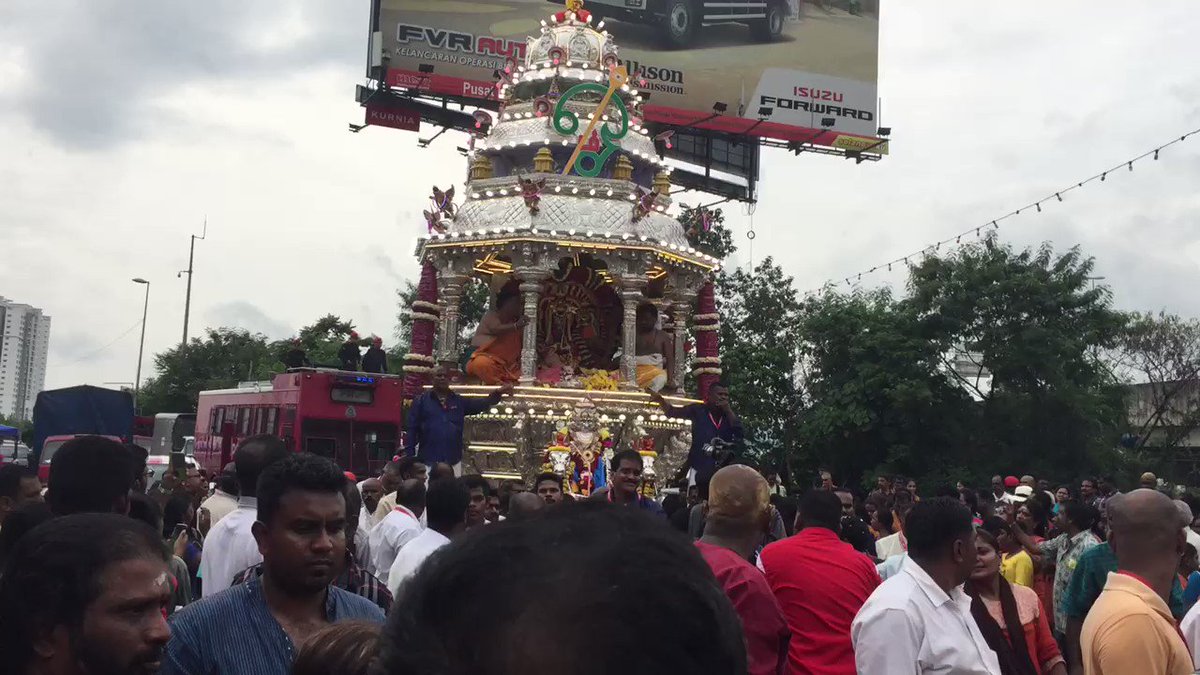 “Every year I come here to take blessing from Lord Murugan, and every year he makes my business (a) success,” one devotee told Channel NewsAsia on the eve of Thaipusam. About 1.5 million people are expected to visit the Batu Caves to celebrate Thaipusam. (Photo: Derek Kok)

According to Selangor state police, some 2,000 security personnel have been deployed to manage the crowd and are on alert for any potential security threats, including those from the Islamic State militant group.

But the threat that has generated the most public attention has come from a Facebook group threatening to spray paint women wearing outfits they deem to be “indecent”.

The Thaipusam Spraying Group warned on its Facebook page that “Hindu female patrons” going to the festival should “beware of being sprayed with Arosal [sic] paint if found inappropriate(ly) dressed”.

Police have arrested a man whom they believe is behind the movement – and they say they will arrest anyone else at Batu Caves who has spray cans with them. The statue of Lord Murugan in front of Batu Caves. (Photo: Derek Kok)

Whatever the security concern, devotees Channel NewsAsia spoke to had faith nothing untoward would happen at the holy site.

“What has ever happened here?” one asked.

“God is more powerful, they cannot enter and they cannot do anything here,” said another.