Around 200 people converged at National Mall in Washington DC, to attend the “Run for Unity” organized by overseas supporters of Bharatiya Janata Party (BJP), in honor of Sardar Vallabhbhai Patel, the architect of the Indian Union.

The event was inaugurated by Mr. Shiv Ratan , Counselor Community Affairs from the Embassy of India by offering homage to Sardar Vallabhbhai Patel on his 63rd death anniversary. Dinesh Patel & Nimesh Patel from Humvatan felicitated Sh. Shiv Ratan for his presence to honor Sardar Patel at the event.

Dr. Anju Preet, founder of Humvatan, spoke on the critical role played by Sardar Vallabhbhai Patel as an architect of the modern Indian Union. She described Sardar Patel as “the founding father of Indian Union who, like George Washington, whose monument was aptly chosen as the venue of this event, brought together a diverse and vast nation”. She added, “Sardar Patel united more than 550 different princely states without any bloodshed to create modern day India, and recognition of this achievement was long overdue”.

Commending Narendra Modi for foresightedness, she said, “India needs a visionary Prime Minister like Narendra Modi, who has the foresight to think beyond the next decade. She sighted some of his ambitious projects on women empowerment like “Kanya Kelavani” initiated in Gujarat in 2003 much ahead of his counterparts in other Indian states. Dr. Preet also thanked BJP supporters for the successful event & urged all Indians to unite again in making a wise decision to elect Sh. Narendra Modi as the next Prime Minister of India.

Another participant, Utsav Chakrabarti, underlined the need for people from different parts of India to unite in this effort to memorialize the contribution of Sardar Patel. He also said Sardar Patel’s memorial will remind the nation of a billion its place in the world and what the ideals are that the future generations need to aspire for”.

Gaurang Vaishnav, the National Convener of Global Indians for Bharat Vikas, who drove in from New Jersey, thanked the audience for their presence despite freezing winds. After paying respects to Sardar Patel, students from University of Maryland sang patriotic songs.  Dancing to the tunes of foot tapping Bhangra and Garba tunes from Dooniya, the Bollywood Fitness dance group in DC , the participants who came from different parts of the United States, wearing posters and masks of Narendra Modi,   had a lot of fun. Masaala Chai, special Modi Magic namkeen from Rajbhog Foods, other snacks & coffee were served to warm the participants.

The event ended with an energized march around the National Mall to the Capitol Hill. 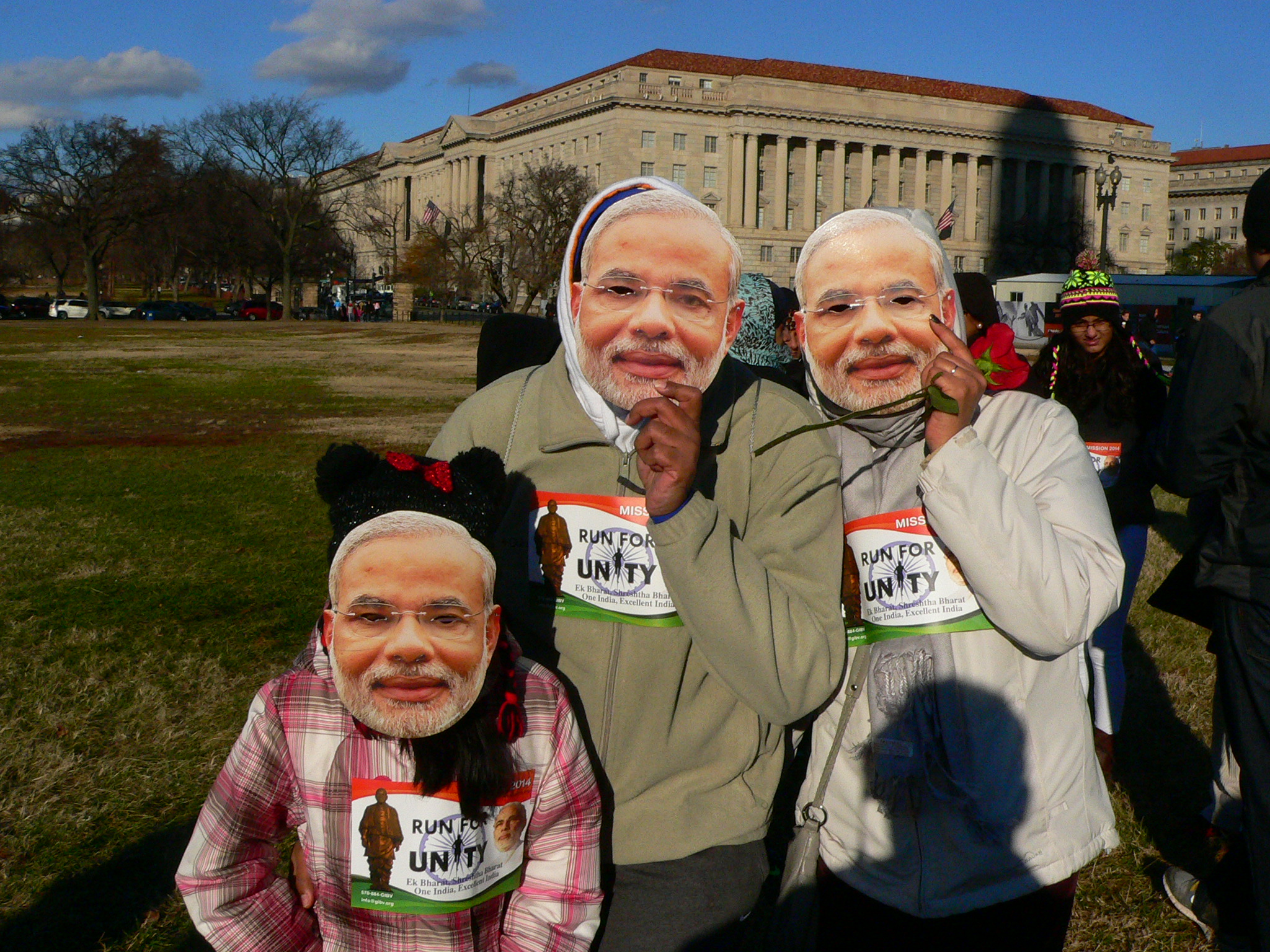 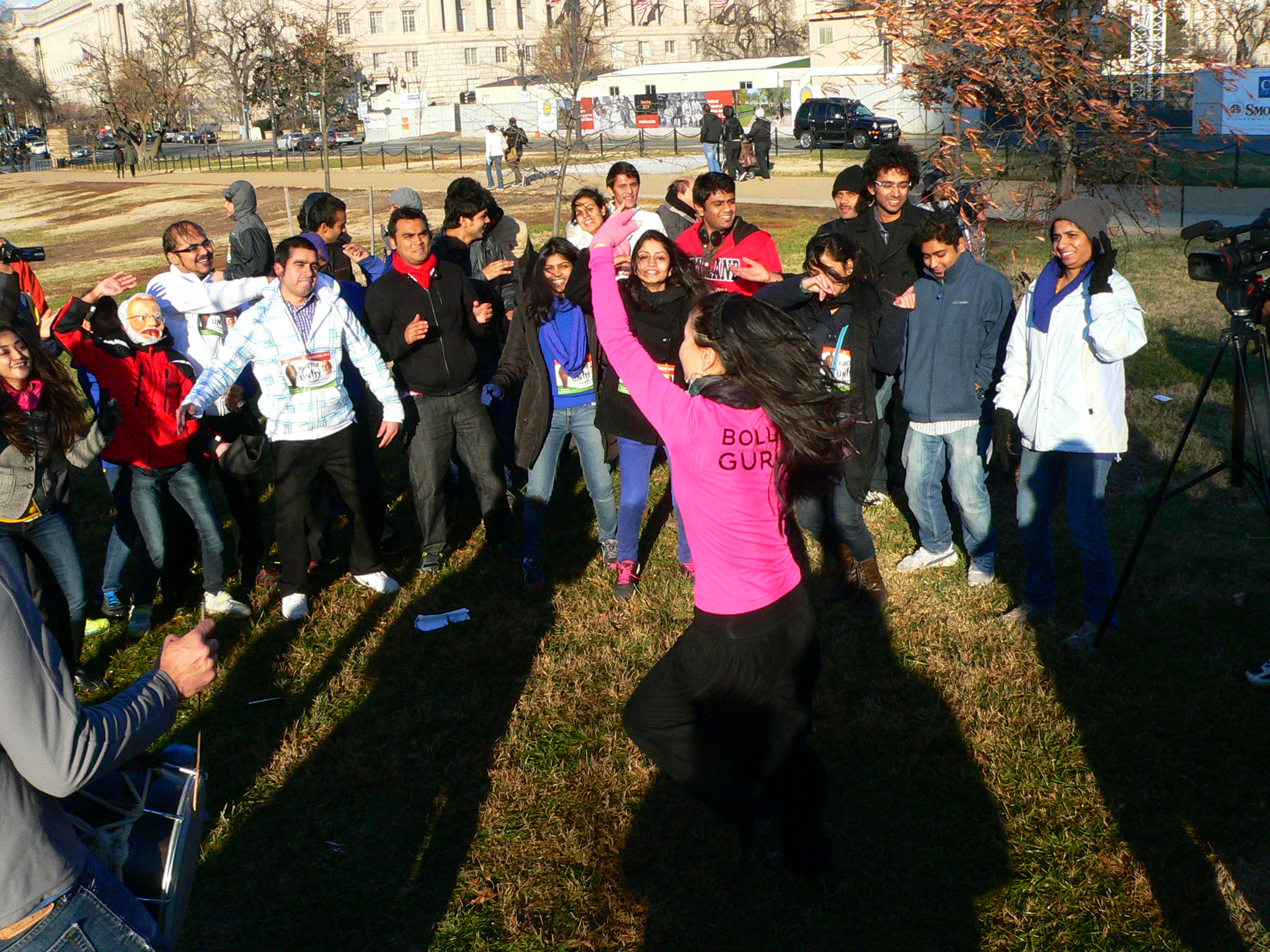 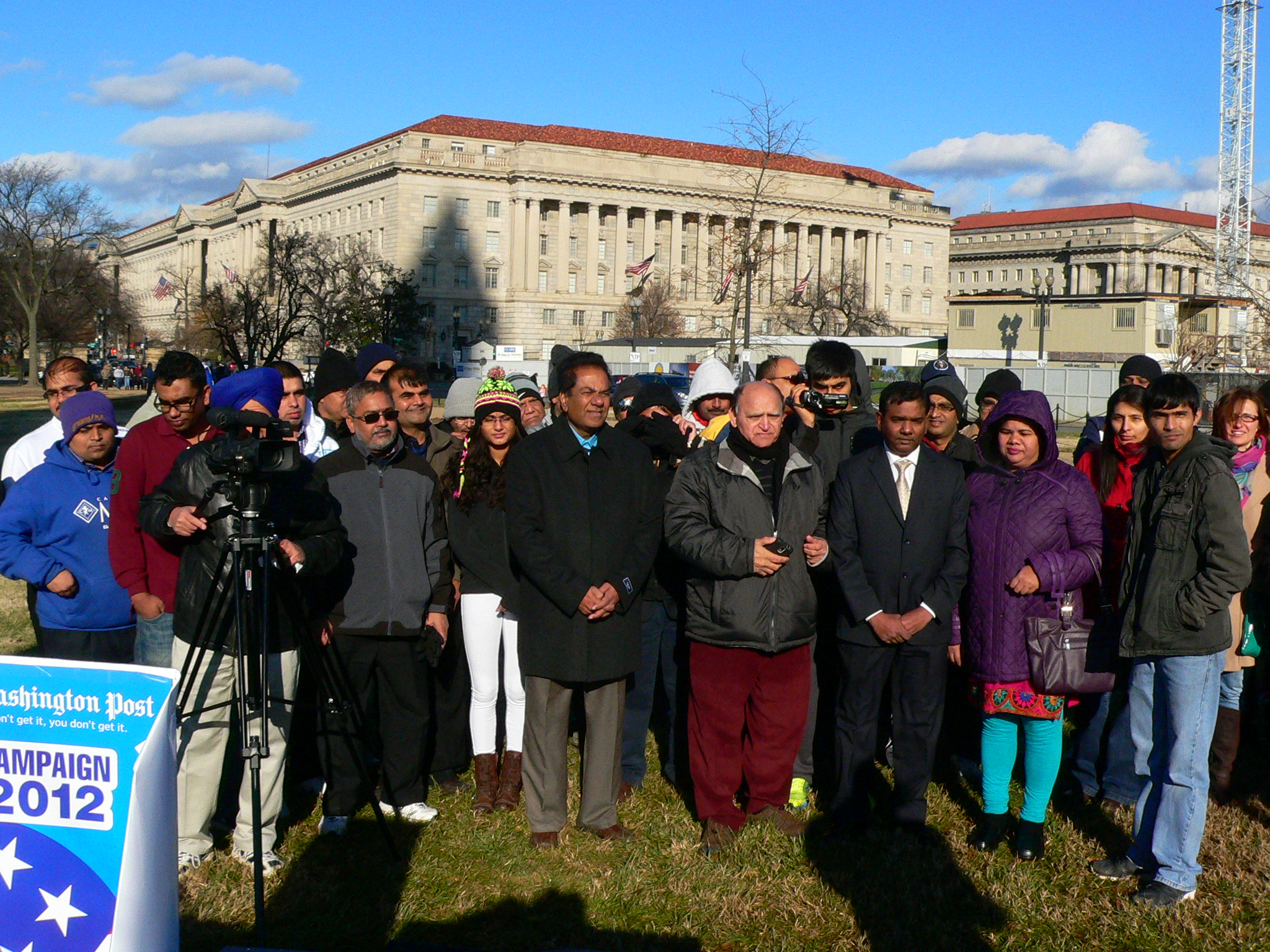