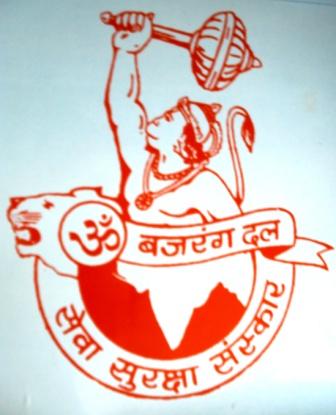 The criminal act of a man in posting of the intimate photos of a girl on Facebook, after enticing her into a relationship, hasled to protest by Hindu patriot organization Bajrang Dal.

It all took a bottle of perfume, a ride on a fast motorcycle to Mangalore and a bucket of fried chicken and a movie in one of the plush multiplexes in Mangalore for Mohammad Yaseer, 22, from Udupi to seduce the college girl in August 2013.

A close friend of Yaseer who studied in the same college told dna on conditions of anonymity that he had seen the girl go around with Yaseer on his bike and car, and he had warned the girl about the intentions of Yaseer.

But the girl continued to trust Yaseer until the day when he asked her to pay Rs 3 lakh, failing which he would post her nude photos on social network sites. The photos of their intimate moments were allegedly taken with the consent of the girl, but the sources say that the girl was served soft drink laced with intoxicants before the photos were shot.

Friends close to the girl’s family said the family Yaseer the sum to prevent public humiliation of their daughter. But Yaseer’s other girlfriend, who lives in Dubai reportedly came down to India recently, and coaxed Yaseer into raising the ante, demanding that the victim’s family pay Rs 10 lakhs more.

The girl’s middle class family, found it difficult to pay the ransom, and that is when Yaseer and his girlfriend from Dubai uploaded the photos on Facebook, on Thursday.

A public outcry followed in Udupi and Manipal where students had stormed the Manipal police station asking the police to take stern action against Yaseer, stating that he was one of the many such persons operating in Udupi.

In one of the colleges the students were quick to print a poster of Yaseer clearly seen and girl’s identity masked and put it up in their college campus with a provocative slogan. Yaseer’s friends and co-religionists put up posters showing both of them in an intimate position, all over Udupi . Outraged college students ripped off the posters and sought police help to arrest Yaseer’s accomplices.

The police have swiftly acted in this case and have arrested Yaseer who has been produced before the magistrate and has been awarded judicial custody till January 22.