PESHAWAR: A Hindu school teacher was allegedly kidnapped by unidentified people while on her way back home from school near the Pakistan Radio Colony on Saturday afternoon. 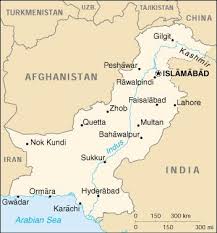 Faqir Chand, the father of the missing 25-year-old woman Sapna Rani, said his daughter is a teacher at the Peshawar Science Academy near Ayub Flour Mill on GT Road.
While talking to The Express Tribune, he said Rani went to school at around 7:45am on Saturday morning and when she did not return till 4:00pm, the family started to worry.
After trying in vain to locate her, Chand’s nephew Suraish Kumar went to the Paharipura Police Station to lodge a missing report after which ASI Sardar Ali Khan registered a case and launched investigations.
Bindya Rani, the kidnapped woman’s grief-stricken mother, said “We don’t have an enmity with anyone,” and pleaded to the government to do everything in its power to find her daughter.