If films and plays are produced on incidents from ‘Ramayana’ and ‘Mahabharata’ which impart good sanskars and morals, positive effect will be created on viewers and they will be motivated to live moral and ideal life.

It will then help to improve current pathetic condition of society. 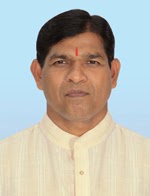 1. Films and plays currently screened or staged have no conscience towards their social obligations and such films and plays denigrate Hindu Deities or depict things in such manner that they will create communal rift among society. The only purpose behind producing new plays and films is to make money, they disregard their duties towards society; therefore, they hurt religious sentiments of people. They also lack love and respect towards nation, Dharma and society; as such, their actions lead to causing harm to nation, Dharma and society instead of being in their interest.

2. People will be inspired to lead moral and ideal life if films and plays teach morality through them. This is an effective medium to show right direction to society; but wrong impressions are being inculcated in people through films and plays; instead of good moral values. Our holy scriptures like ‘Ramayana’ and ‘Mahabharata’ show what is ideal society and how to lead ideal life ? If films and plays are produced on incidents from such scriptures which impart good sanskars and morals, positive effect will be created on viewers and they will be motivated to live moral and ideal life.

It will then help to improve current pathetic condition of society. Such films and plays can therefore, be true films or plays which create good impact on people; give right direction to them. Films or plays made on the topics of Ramayana or Mahabharata, without taking help of these holy scriptures, cannot become means of creating awareness, or create enlightenment amongst people; therefore, the films or plays which denigrate Deities or hurt religious sentiments of Hindus, should be lawfully opposed which is not only our duty towards repayment of debt owed to society but it will also be our ‘samashti/ collective’ spiritual practice.

With a prayer at holy feet of H. H. Gurudev (HH Dr. Jayant Athavale) that let good sense prevail on producers of films and plays so that they produce such plays and films which will give right direction to people; and gratitude to Him for getting these thoughts written from me.
-(H.H.) Shri. Satyawan Kadam, Karnataka (10.8.2014)