Thapa and his ministers should realize that declaring Nepal as Hindu Rashtra is the only solution to all problems ! 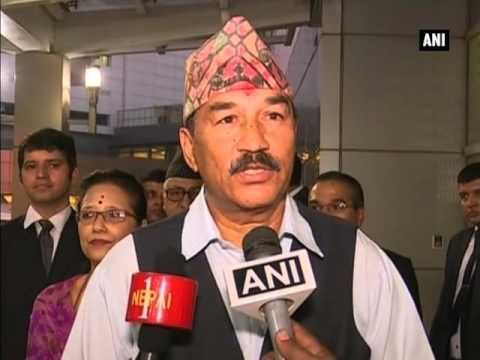 Kathmandu (Nepal) : Dy. Prime Minister of Nepal, Kamal Thapa stated during a program that ‘Hindutva’ will be revived in Nepal by making use of rights conferred by the Constitution. He also said that the apathy towards cultural and religious activities is sad and necessary action would be taken for their revival.

1.More than 90% population of Nepal is Hindu and their voice is not heard properly. (Delayed realization of Dy. PM ! 95% of people had voted in favour of Hindu Rashtra in ‘Samvidhan Sabha’, a meeting held last year; therefore, it is hoped that at least now Thapa would consider the same. – Editor, Dainik Sanatan Prabhat) People following other religions should respect each other’s religion and create an ideal example of co-existence at every stage.

2. Shri. Thapa expressed concern over increasing influence of western culture and religion in Nepal and said that attempts are made to convert poor Nepali people by taking disadvantage of their poverty. Action will be taken against those taking such undue advantage of innocent people. (Will Indian rulers learn something from the above example ? – Editor, Dainik Sanatan Prabhat)