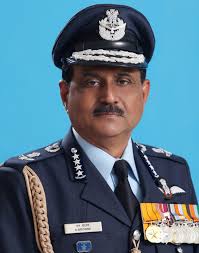 IAF chief NAK Browne today visited the Andaman and NicobarCommand at Port Blair to celebrate Diwali with the air warriors. After his arrival at the Carnic airbase, Browne, who is also the Chairman Chiefs of Staff Committee (COSC), paid tributes at the Tsunami Memorial, erected to commemorate the air warriors and their families who lost their lives during the Indian Ocean earthquake and tsunami in 2004. He also interacted with station personnel.

“Accompanied by his wife Kiran Browne, President AFWWA (Air Force Wives Welfare Association) the Air Chief, as the head of the IAF family, intends to celebrate his Diwali, spending time with the air warriors at Air Force Station Carnic, who could not be with their families during the festival,” a statement said.

The station was declared a non-family station post tsunami devastation of December 2004.