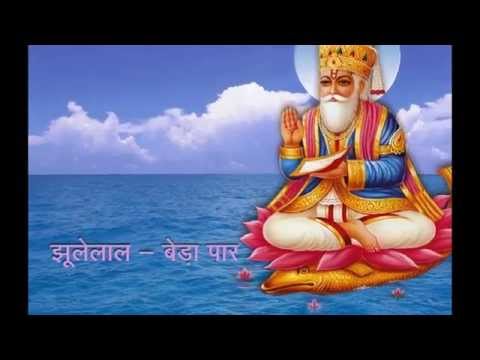 The Sindhis in Jaipur are all set to begin their annual fair called Cheti Chand Mela ahead of Jhulelal Jayanti on March 22 – the birth anniversary of their deity considered to be an incarnation of Varun Devata or God of Water. All over the world Jhulelal Jayanti is celebrated on the second day of the Chaitra Shukla Paksha as per the Hindu calendar. The annual Sindhi fair in Jaipur begins a fortnight before the festival of Cheti Chand.

According to a popular legend, it was in 10th Century AD that Sindh Desh’s tyrant king from the Sumras dynasty called Mirkshah disturbed the religious harmony between Hindu and Muslim Sindhis by ordering all the Sindhi Hindus to embrace Islam or be killed.

However, both Hindu and Muslim Sindhis got united to pray to the Water God for mercy who promised the birth of the divine child in Nasarpar to save them from the tortures of Mirkshah. This child later came to be known as Saint Jhulelal who changed the mind of the ruler and restored amity.
According to Jaipur Sindhi Mahanagar Samiti, the festival of the birth anniversary of Jhulelal is popularly known as Cheti Chand due to its celebration in Cheti Month when the new moon comes in to view after a day of no moon. In Jaipur, both the Chet Chand fair and festival see the Sindhi families coming together in worship; fun and frolic with a number of delicacies being served and enjoyed.

According to a Sindhi website, “Sindhis have deep faith in God?Besides their Ishtdev Jhulelal. Sindhis also follow the philosophies propagated by other religions. Hinduism, Islam, Sikhism, Buddhism, Jainism, Christianity all are equally important for them because they believe in ‘Vasudheva Kautambakam’ i.e. entire universe is one family. As such they worship all prophets, saints and great men; their worshipping places preserve photographs of all of them.” However, In Jaipur, Sindhis find themselves most comfortable with the tenets of Hinduism and Sikhism.

The spiritual message of the saint patron of Sindhis, Jhulelal, as understood by me is being said in a haiku: Seek in your own self. The God within speaks with you / to realize true self. The famous Sindhi spiritual guru Sadhu Vaswani has said, “Man must learn to walk alone. Live in fellowship with all, but in the heart within, know that you are alone. You belong to no one: no one belongs to you! Alone and empty-handed must you wend your way to the Alone.”