The necessity of law against conversion is strongly felt to stop Hindus getting cheated ! 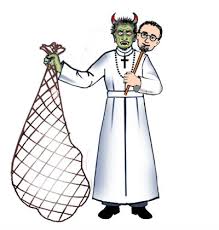 Kolhapur (Maharashtra) : Recently, two Christian missionary women were meeting patients admitted to Chhatrapati Pramilaraje Hospital giving information on Bible and misleading them by advising the patients that by praying to and singing praises of Jesus, their ailments would be cured.

Shri. Sagar Hankare of HJS learnt about the matter and he immediately informed Shri. Madhukar Nazare and Shri. Shivanand Swami. All of them went to hospital, questioned the two women and exposed their ploy.

HJS members requested Hindus present there to fight such tendencies through exchange of thoughts instead of tolerating them. The two women had to leave the hospital due to strong arguments of HJS members. (The necessity of law against conversion is strongly felt to stop Hindus getting cheated; considering increasing propagation of Christianity by missionaries. – Editor, Dainik Sanatan Prabhat)