Maharashtra will supply 400 tonnes of onions daily to Delhi after Diwali. 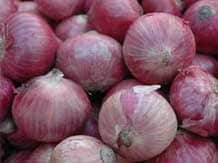 Changdeo Holkar, director and former chairman, National Agricultural Cooperative Marketing Federation of India Limited told Business Standard that growers from Nashik had assured a visiting Delhi government team that they would be able to supply 400 tonnes daily after Diwali, as the market was closed currently for the festival.

He said there was some shortage in the kharif crop in Maharashtra due to extended rainfall. The situation would improve with the arrival of the late kharif crop. Maharashtra produces 1.2 million tonnes of onions annually. Apart from Nashik, the other growing regions include Pune, Ahmednagar, Satara, Solapur and Pune. Holkar recalled that during a similar crisis in 1998, he, and local growers had organised  a supply of 300 tonnes from Maharashtra and Karnataka to Delhi. Another 250 tonnes was supplied to the government in Andhra Pradesh in 1999.

He said the Delhi government should have stored onions well in advance, considering the forthcoming Assembly elections. The Delhi government team, accompanied by the union agriculture secretary had gone on a three-day visit to the onion growing areas of Maharashtra, where they held a series of meetings to know the ground realities and the resumption of regular onion supply.

Delhi Chief Minister Sheila Dikshit may visit Nashik, Lasalgaon and adjoining onion growing areas within a week. Maharashtra Chief Minister Prithviraj Chavan also indicated that the situation will improve in the next two to three weeks.