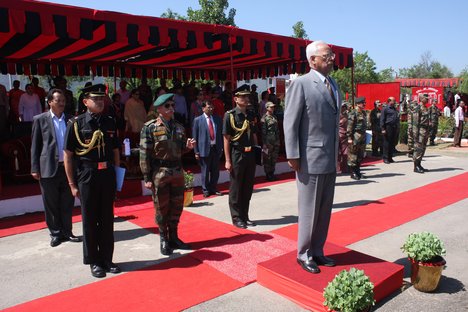 Clear advice from service chiefs missing
The constitutional framework clearly lays down responsibilities of the Raksha Mantri, the defence secretary and the service chiefs. The first part of this analysis points out that the MoD can function effectively only on the basis of dynamic coordination between its civilian and military elements N.N. Vohra
Defence Minister AK Antony and the service chiefs paying homage at the Amar Jawan Jyoti. There is a crucial need to ensure jointness and to evolve a closely integrated defence plan with a long term perspective