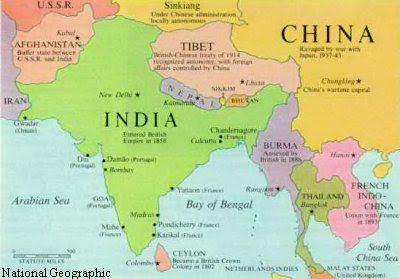 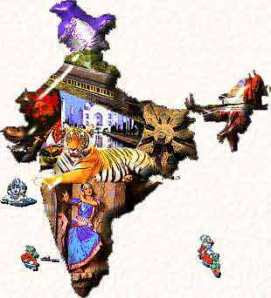 “The religion of the name of the seas triumphs, Against the fanatics of the Khalif’s adalat, The murderous creed of the false alefs, Between the Hindus and Christians will be caught. “
Despite all that went on since 8th century AD when first Pakistani entered Sind, now it is land of religion of seas that remains powerful so much so even Arab countries like Saudi Arabia pays heed to India and extradites Abu Jindal, wanted terrorist by India. Nostradamus work,  his predictions were published  in 1555 CE. The year and the times were turbulent in India. The only religion that is named after a sea or ocean, Hindu Mahasagar or Indian Ocean , Hindu in their own land much like Kashmir Pundits now a days were severely subjected to great deal of strain. Mughal invader Babur was succeeded by his son , Humayun by that time. He became an exile, lost Delhi to Suris, and then Samarat Hemachandra, also called Hemu became ruler of Delhi, he assumed the title of Vikramaditya and had coins issued in that name .
Humayun , a Sunni became a convert, became a Shia, so that he could strike alliance with Shia ruler of Persia.  Humayun declared his son, Akbar as heir apparent in 1555.Akbar had to fight to regain throne in Delhi against Hemu. Hemachandra Bhargava was an able ruler as well as leader of armies. His forte was to lead the troops to battle, organize, guide and personally participate in the battle yet carry no weapon.  Here a brief account about him , his era, short but significant for it denotes the sagacity of people of India to organize even during most distressing circumstances, score victories and establish Swarajya. Naturally the secular historians of Marxist varieties do not talk about him in our history books.
Source: WHN Media Network