A complaint was lodged against a Trinamool MP on Thursday for his alleged role in a riot in Canning, South 24-Paraganas. The riot took place in February 2013, said Devdutta Maji, vice president of Hindu Samhati who lodged the complaint with the SP of South 24-Parganas as the Canning OC refused to accept the complaint.

The national human rights commission (NHRC) is also probing the role of a Trinamool MP for his alleged role in an incident of arson in February, 2013 in South 24-Parganas. Villagers had complained to the commission about the role of some Trinamool leaders who were involved in the riot.

They had complained to the commission that there was no support from the state administration though about 200 houses were torched and no senior official from the administration visited the spot. A senior IPS officer said that after a murder in Canning area the arson took place. The Trinamool leader who was at that time close to another Trinamool MP Kunal Ghosh ferried people from Park Circus in lorries to Canning to avenge the murder.

Some senior Trinamool leaders had to rush to the spot to handle the situation the IPS officer said. The body of the murdered man was left there through out the day and there were allegations of police inaction as the rampage was carried on in presence of the policemen, for which NHRC is probing the incident. But the policemen did not open fire or lobbed tear gas shells to protect property of the villagers as it is the standard protocol in a riot like situation.

After the incident, a BJP central team had visited the arson affected villages in February. So, BJP had tried to pressurize the state administration over the incident and now the BJP leaders want to put pressure against that Trinamool MP.

Now with the NHRC probing the incident the officials are trying to shield the Trinamool MP’s role who had instigated the arson. But the NHRC wants a report from the district officials, so it has left the state administration in a tizzy. The villagers were aggrieved that there was no support from the end of the state government though the state government compensated to the family of the murder victim. Even the NHRC wants to know in detail about the incident, but that was also not communicated to NHRC, an official of NHRC said and for that they are planning to seek further clarification from the end of the state government.

Even that Trinamool MP had also allegedly held meeting with some Bangladesh based terror links, for which he is already under scanner. The police, however, reported that the murder was a handiwork of criminals and as the murder victim was a popular person the riot spread to various places.

But a report submitted by an inspector of the district enforcement branch (DEB) had pointed fingers at the Trinamool leader who later turned a Trinamool MP. The report was submitted to the additional SP of DIB (district intelligence branch), but it was leaked out by a section of Trinamool leaders to prevent that leader turning into an MP. Some Saradha officials are also said to have been involved in distributing the DIB report as they wanted to stop him turning a Trinamool MP as that leader was also close to Sudito Sen. However, the state administration is still backing the MP and for that the officials are unwilling to comment on it. Friends, my fears coming true. Again opposition parties have been managed by Islamic forces in West Bengal. Even after disclosure of conclusive evidence of direct involvement of TMC Rajyasabha MP Ahmed Hassan Imran in Canning riots <http://www.hindusamhati.blogspot.in/2013/02/from-site-of-hindu-devastation-of.html>, and explosive disclosure of his involvement in funding Islamic fundamentamentalist force Jamaat in Bangladesh to destablise Sk. Hasina govt, no opposition party here are categorically demanding his immediate arrest and then thorough inquiry by NIA or CBI.
Imran is a threat to our national security and a threat to the peace and progress of our neighbouring country Bangladesh.

All these conclusively prove that in West Bengal anti national pro-Pak Islamic force is stronger than nationalist forces. Reach of Saudi money thru ISI is far extended, to all political party offices.

I DEMAND AHMED HASSAN IMRAN’S IMMEDIATE ARREST AND INQUIRY BY NIA REGARDING HIS TERROR LINK. 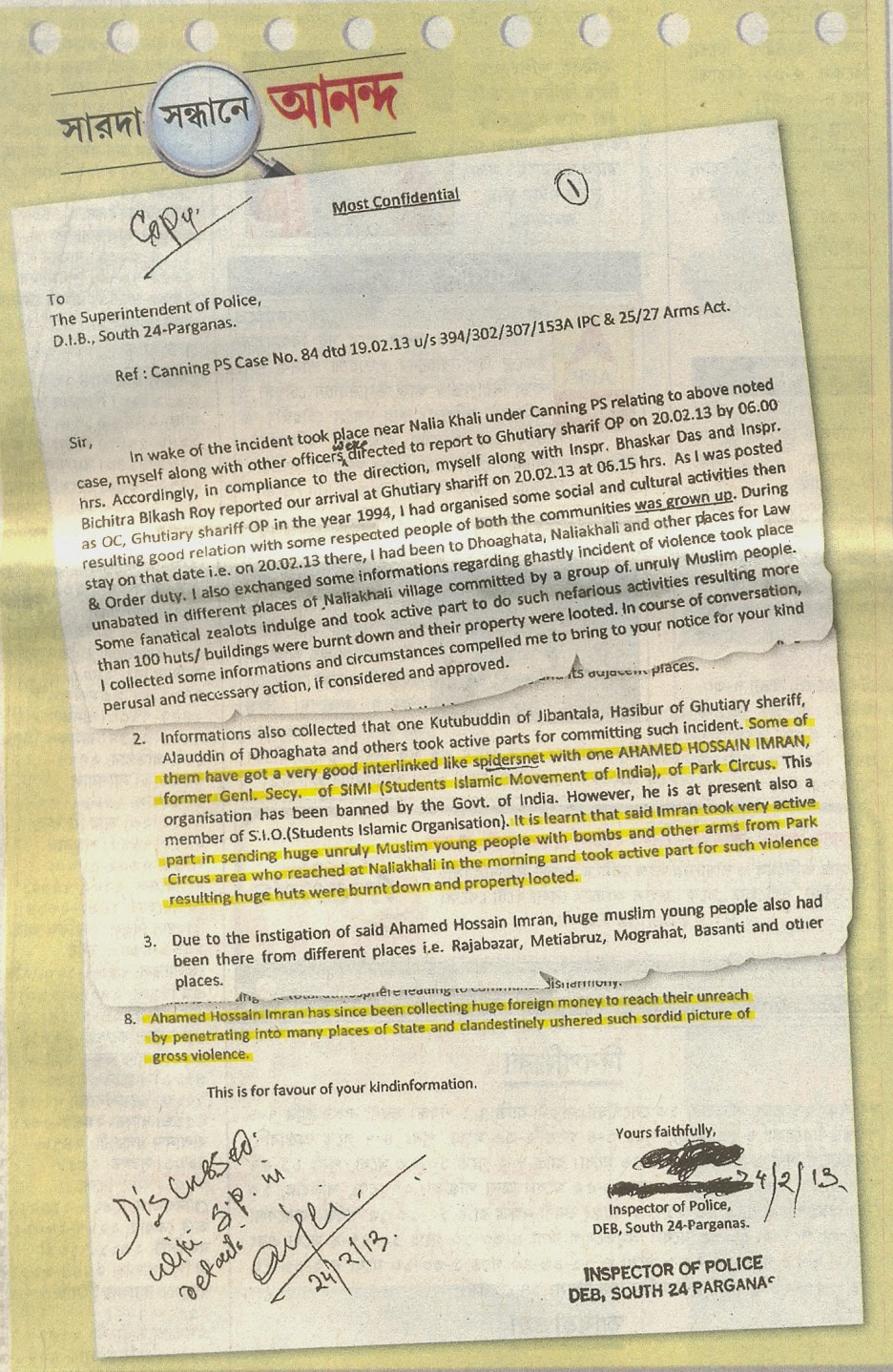 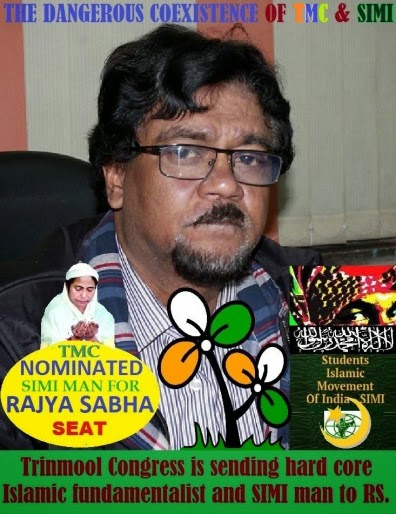 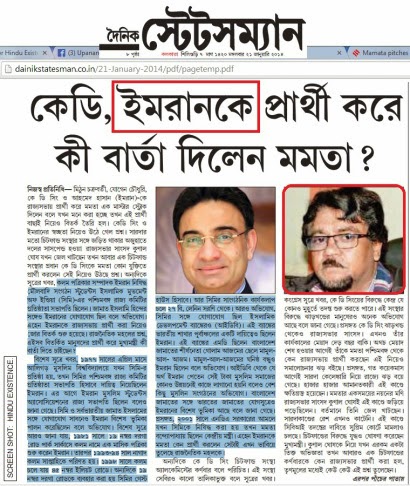