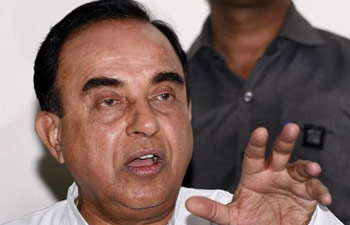 Barely days after Prime Minister Narendra Modi-led NDA government has taken over, there are wild suggestions from all sides, mostly from within.

BJP leader Subramanian Swamy, a notable absentee from the NDA government, on Tuesday suggested that the government should take up restoring names of cities to their ancient Hindu versions.

According to reports, in 1990 and 2001, the BJP had proposed that Ahmedabad be renamed “Karnavati”. Similar demands have also been made for renaming Allahabad as Prayag, Bhopal as Bhopjal and Jabalpur as Jabalipuram.

Swamy, whose name was doing the rounds for a plum ministerial berth until last week and who tweeted when he failed to make the cut that his not becoming a minister was PM’s prerogative, is not the only ones to list priorities for the government he is not even a part of.

A day before PM Modi was to be sworn in, VHP leader Ashok Singhal had compared Modi to Rajput king Prithviraj Chauhan and hoped that the new government will help restore “Hindutva’s lost rule” by facilitating the construction of a Ram Temple in Ayodhya, imposing a Common Civil Code and banning cow slaughter.

“There was a large section in the country that dreamt of the return of our lost rule. After Prithviraj (Chauhan), it is now that Hindutva has got the reins of Bharat,” Singhal had said. Maintaining that a Ram Temple in Ayodhya would be built soon under the Modi-led regime, he had said, “Mazboot sarkar bani hai, mazbooti se banega (a strong government has come to power, the temple will be built soon).”