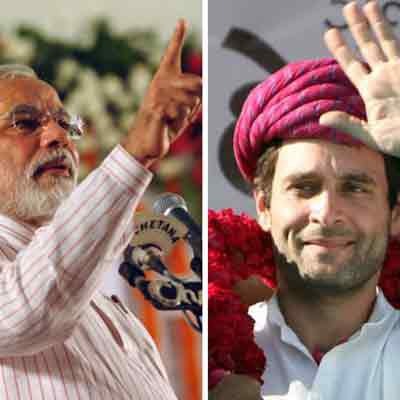 Undoubtedly, Narendra Modi is the man of the moment.

Celebrated writer on Hindu nationalism Eva Borreguero in her article titled “The death of a dynasty, the birth of a leader” in the leading Spanish newspaper El Pais, writes that Narendra Modi’s victory has been significant in many ways.

Most prominently, it has “radically changed the political arena historically dominated by the Gandhi dynasty”, that started with Jawaharlal Nehru and is currently represented by his great grandson, Rahul Gandhi, she writes.

The expert points out how this election campaign has seen Gandhi pale into insignificance against “the charismatic figure of the nationalist Bharatiya Janata Party leader who has to his credit the successful transformation of the Indian state of Gujarat” but who also bears the cross of the anti-Muslim riots of 2002 in the state.

Borreguero, a professor of political science in the Complutense University of Madrid, says that Modi’s victory is “a reflection of how the Indian society has changed during the last decade in an environment of high rates of economic growth”.

The rise of the middle class and particularly the consumerist values it endorses, she believes, has become the glue that puts together the diverse interests of the Indian society, thus overriding caste and regional loyalties that have divided the mandate since 1989.

In the eyes of this rising class and the hundreds of millions of people aspiring to join its ranks, “it is Modi who will tackle the huge problems of endemic corruption… and poor governance”.

With the reputation of having a spartan lifestyle contrasting drastically with the much maligned political class, Modi has converted himself into a man of the masses, according to the writer. However, the author of ‘Hindu: Religious and Political Nationalism in the contemporary India’ also recognises the huge challenges awaiting the future prime minister of India.

These, she writes, include changes in the legislation that will provide impetus to the business culture, open the country to foreign investments and, hence, and restore economic growth.

Also on the cards is a revision of the country’s nuclear policy and a new relationship with China.

However, according to Borreguero, “It remains to be seen how Modi handles the religious and cultural agenda of Hindu nationalism that has, at its worst, traditionally led to many Hindu-Muslim clashes” and delivers on all his promises.