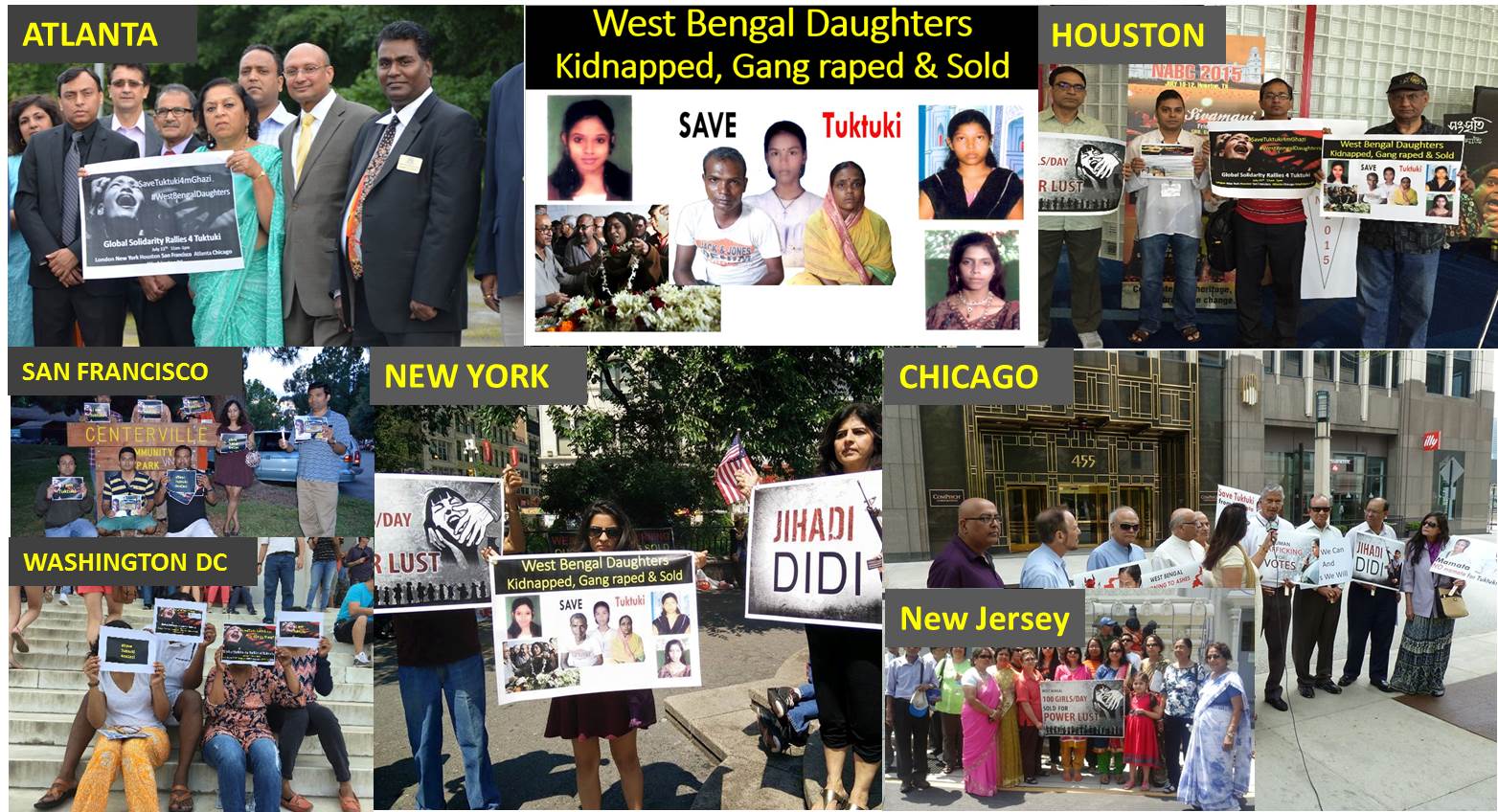 Tuktuki’s plight began when she was once kidnapped while on her way to the bank by a Babusona Ghazi, a local radical Islamist gang member and his friends.  She was gang raped but was finally released  under the condition that there would be no medical examination, no police complaint and that she should be married off early, under aged. Agreeing to these conditions at gun-point, Tuktuki’s father Subhas Mondal was able to secure her release. However Tuktuki’s nightmare just started.

Tuktuki, an extremely bright student, was preparing for her pre-final examinations on May 4th, when her abductors returned and violently ransacked her home. Tuktuki and her family tried in vain to resist.  Screaming for help, she was dragged away. A few days later, the frantic parents received a message directing them to a local mosque to find their daughter. Tuktuki’s father went and was nearly killed by a 700 strong mob from the Mosque. Tuktuki’s parents have not heard or seen from their daughter since.

Tuktuki’s tragedy is not an isolated case. Thousands of girls are estimated to be kidnapped, gang raped and human trafficked  in rural West Bengal and sold into sex trade across the region and to Middle East by radical Islamists who are profitting from the trade.  In fact Sonagachi where many of these girls are brought as transit is the largest red light district in Asia.  According to an article in ‘Daily Mail, UK, dated 21st Jan 2014, 20,000 girls per year are kidnapped and forced into sex trade from West Bengal alone by human trafficking gangs in India.   Times of India article dated July 15, 2013 quoted, ‘13,000 women and children in West Bengal were untraceable in just 2011 alone, with highest prevalence in three districts of West Bengal, Murshidabad, North and South 24-Parganas ‘ all areas suffering from daily riots, looting by radical Islamists.   The Telegraph, UK in 12th July 2015 article by Ross Kemp, a well known investigative journalist from UK, quotes,  “This guy – who I’ll call Mr. Khan – was trafficking thousands of girls a year. He said he had lost count of how many he’d killed, but estimated it was around 400 and was helped by authorities‘.  India Facts, dated July 31, 2104 accounts of how a kidnapper Babu Mondal (son of Ali Mondal) of a 14 year old girl even wrote a note (reproduced in the article) to the mother of the girl that he has kidnapped her daughter as part of a bet with his friends and even married her.   The only organization caring for these missing girls in the region is an NGO called Hindu Samhati.  Its founder and President Tapan Kumar Ghosh has helped to save many such girls.

Satya Dosapati a veteran human rights activist based in New York and the organizer of the solidarity rally in New York has approached many officials in West Bengal seeking Tuktuki’s release. Some of them on condition of anonymity have acknowledged that thousands of daughters are disappearing from rural Bengal. They said that condition is serious and much worse than reported in the media.  He urged “What is a happening in West Bengal is very shocking. I urge the global community to take to facebook and tweeter and use the hashtag #SaveWestBengalDaughters to popularize the movement and ensure Tuktuki’s release and stop the disgrace to our nation”. Another hashtag #SaveTuktuki4mGhazi  has been started by a group of ex-pat Bengalis whose relatives have met the same fate and could personally relate to the issue. Dr. Saswati Sarkar a professor at University of Pennsylvania and one who is studying the problem for a while now said, “There is a trend in the rising crime against women in rural Bengal. Many underaged daughters from poor families are increasingly becoming victims”.

Achalesh Amar, who leads a 2000 strong team of volunteers in Houston and who helped to organize the rally there said, “I find it appalling that West Bengal, once at the forefront of art, culture and knowledge, is now in a pathetic situation”. In Washington DC, the solidarity rally was held in front of the Lincoln Memorial. The venue was selected to focus on the need to rescue young girls from modern slavery. A community organizer Parmita Bhat there commented “Tuktuki story has stuck a chord in many. Many from the ex-pat Indian community in US and other human rights activists see Tuktuki today as their own sister and daughter”.

In San Francisco, the activists met in the Centerville Community Park and held a candle light vigil to pray for Tuktuki and the other captive girls. Community leader and social activist for minority rights who worked with Yezidis and other communities, Somanjana Chatterjee,  along with Manik Tyagi who had also organized a google hangout with Tuktuki’s father, Subhas Mondal,  expressed heartfelt sympathy for Tuktuki and demanded her immediate recovery.  Another organizer there and West Coast President of the Overseas Friends of Bengal, Judhajit Sen Mazumdar, said, “The ex-pat Indian community in the Silicon Valley is outraged and disturbed by what is happening to Tuktuki and other girls from rural Bengal”.

In Chicago, Prasad Yalamanchi, Chairman Global Hindu Heritage Foundation organized  a  rally of several veteran activists. Dr.Richard Benkin a long time human rights activist from the Jewish community stated, “If  you don’t stop them  in West Bengal  now,  soon it will be in New Delhi, New York and  Chicago”. Many stated they came to demonstrate in front of Indian consulate. They felt it is the right thing to do in order to send a message to the Chief Minister of the state Mamata Bannerjee. They related Tuktuki to their daughter and said that atrocities against innocent children must stop now. Organizers in the rally expressed dismay at the way many daughters from West Bengal are the seeming apathy of local law enforcement. Demonstrators felt that Hindus face a bleak future in West Bengal as daily reports of rioting, looting, molestation and rape have become a normative state. They felt that the campaign of intimidation is intended to uproot Hindus from their ancestral land. The fact that Islamist radical gangs have made some regions of the state a no go zone they felt was a matter of serious concern.

Similar rallies were held in Altanta where community leader Swadesh Katoch brought representatives of major ethnic and advocacy organizations to express solidarity with Tuktuki.   A rally is planned for tomorrow at London.   Additional rallies are expected in New Delhi, Pune and Vijayawada in India and other cities across the world such as Bangkok, Thailand.  Recently one big rally in Kolkata the capital of the state of West Bengal, was disrupted by the local administration. Organizers see these rallies as part of a global movement to give voice to these voiceless women like Tuktuki and others who are suffering for a long time in rural West Bengal, and free them from sexual slavery.

Additional pictures and videos for the rallies are available at Save West Bengal Daughters facebook page or at  #SaveWestBengalDaughters twitter page.

BANNERS AND POSTERS USED IN THE RALLIES: 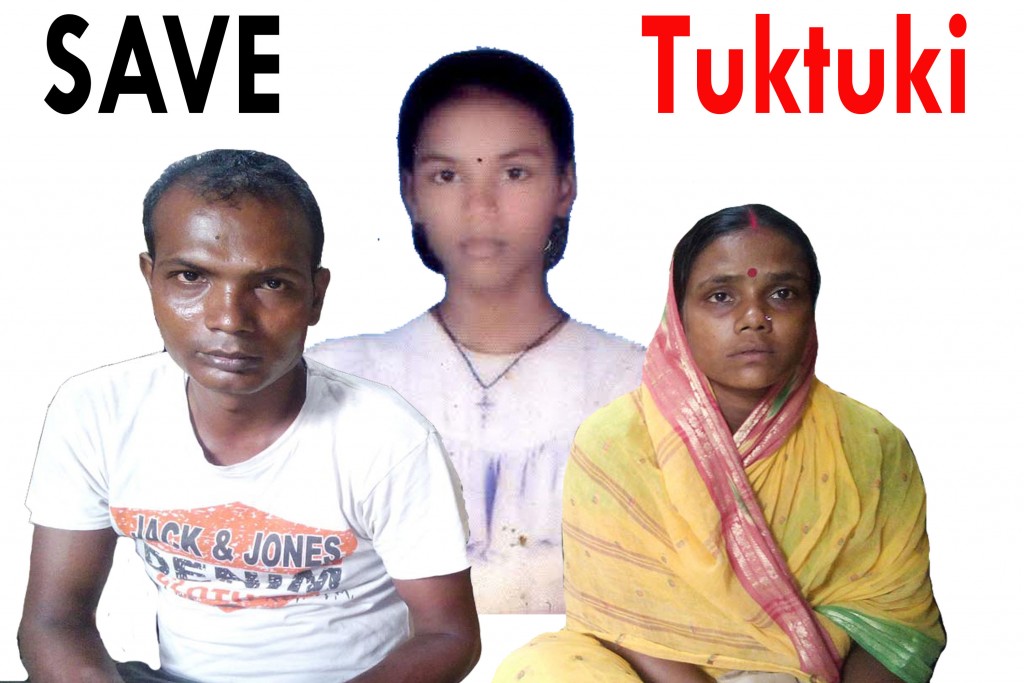 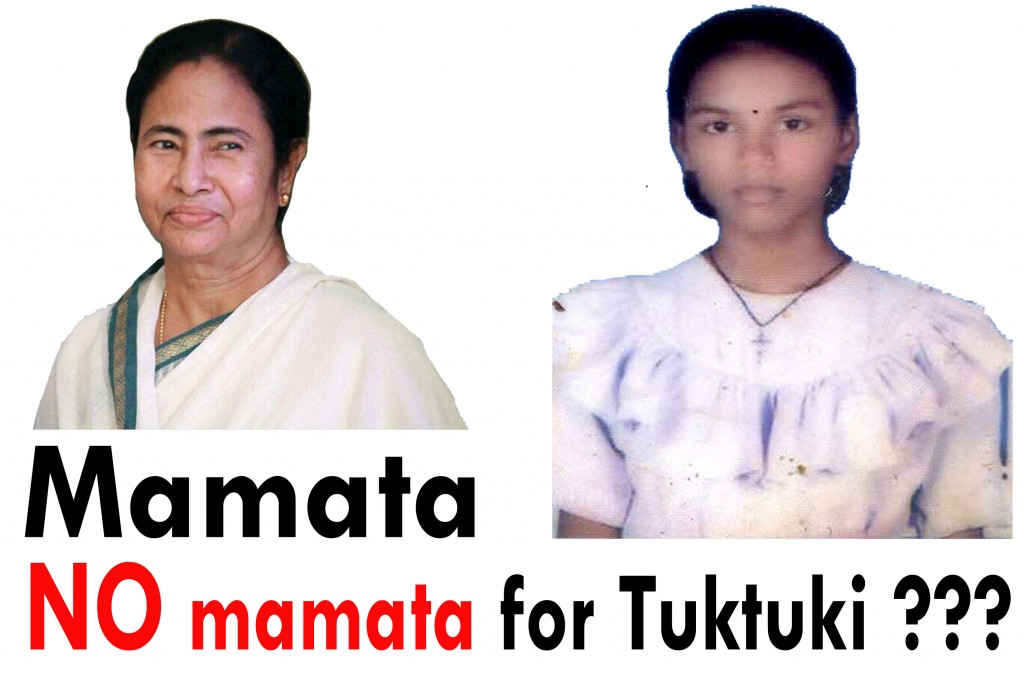 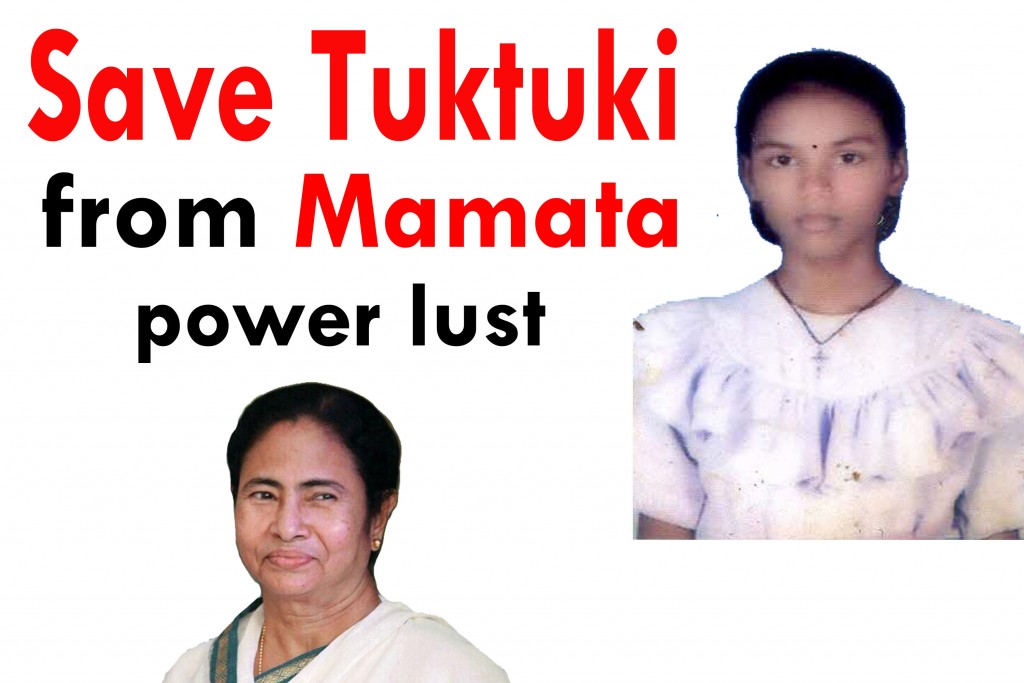 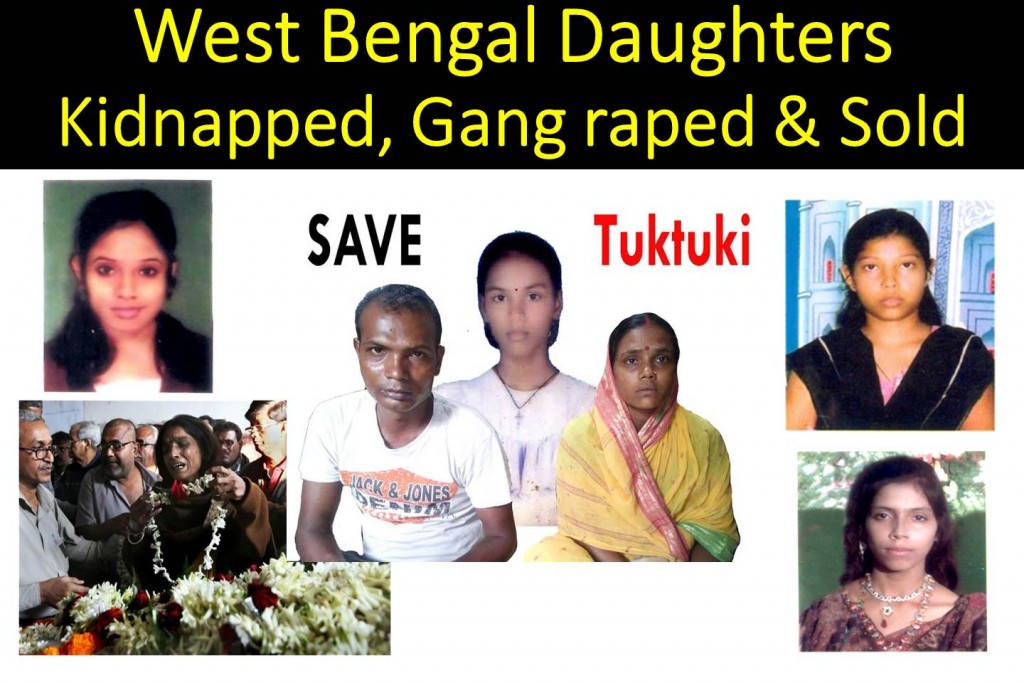 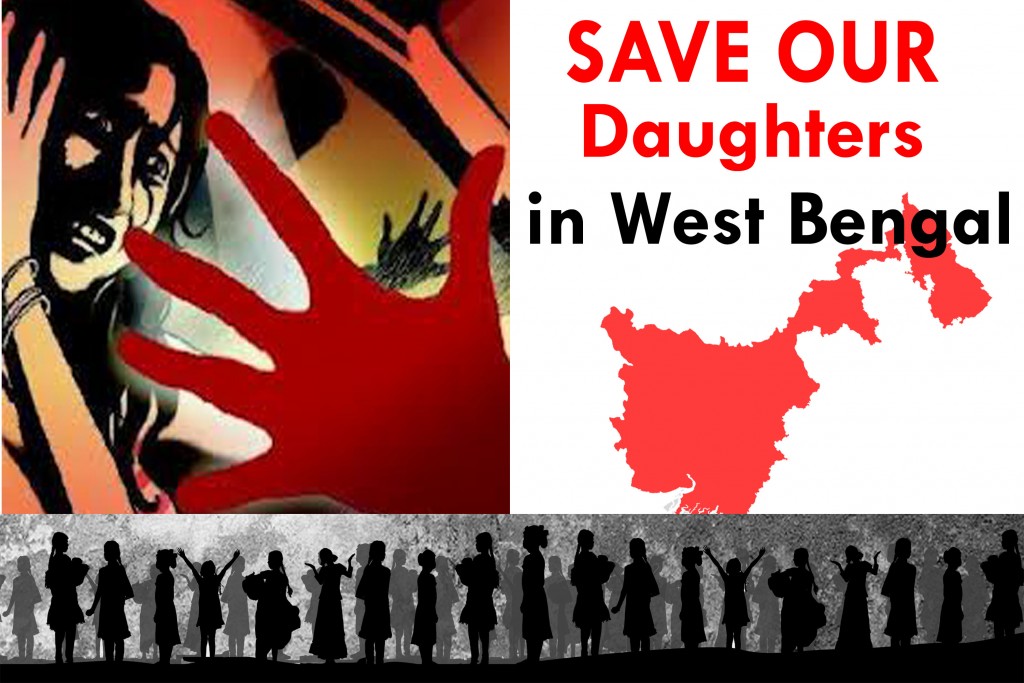 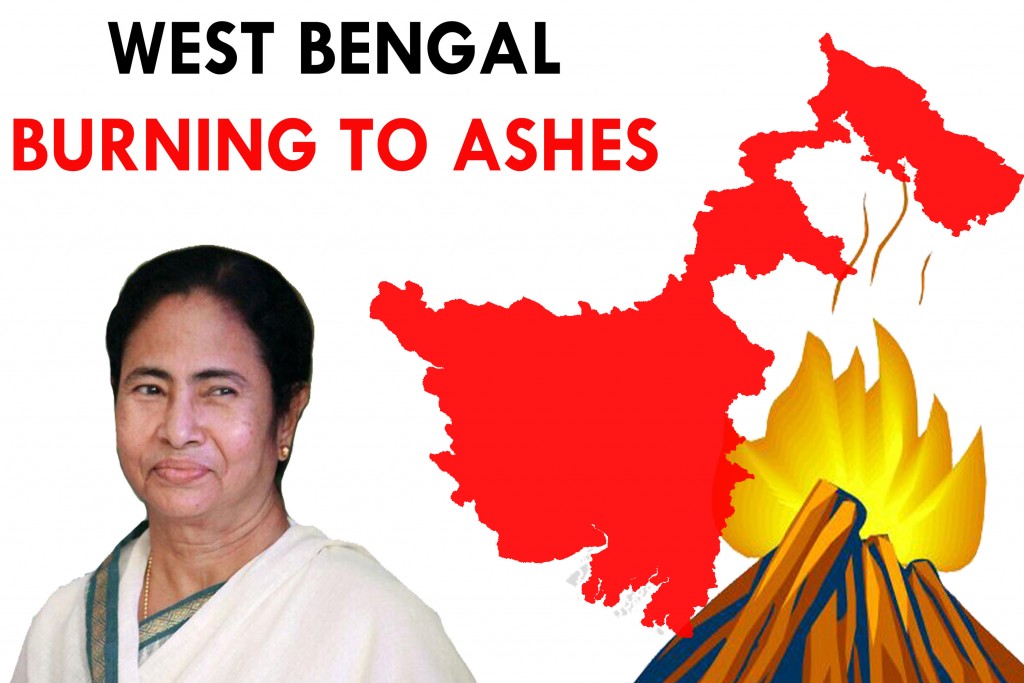 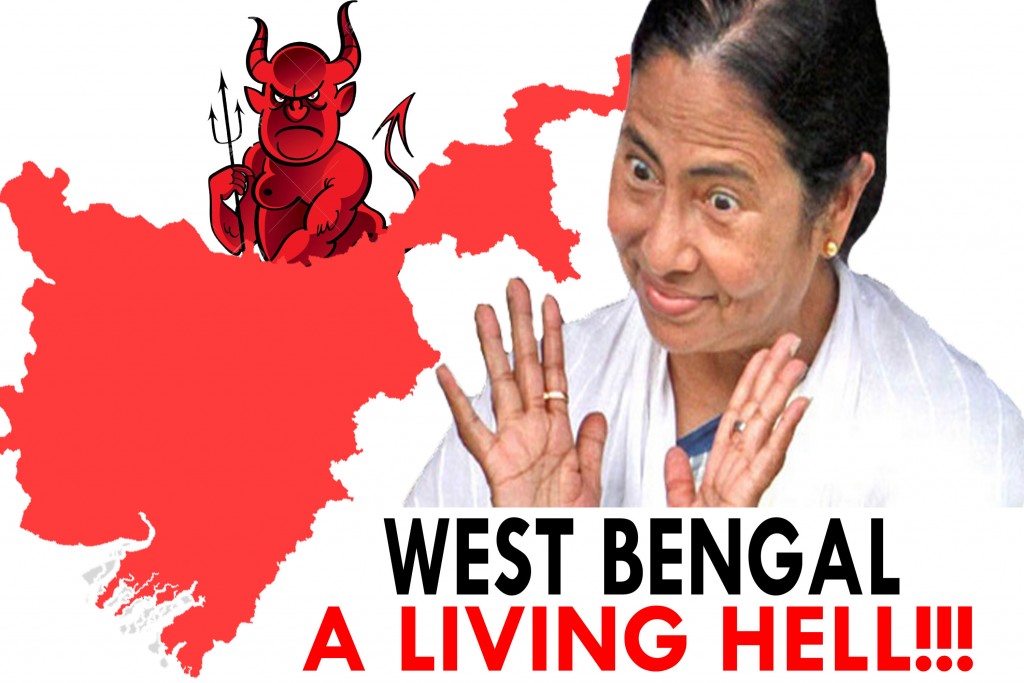 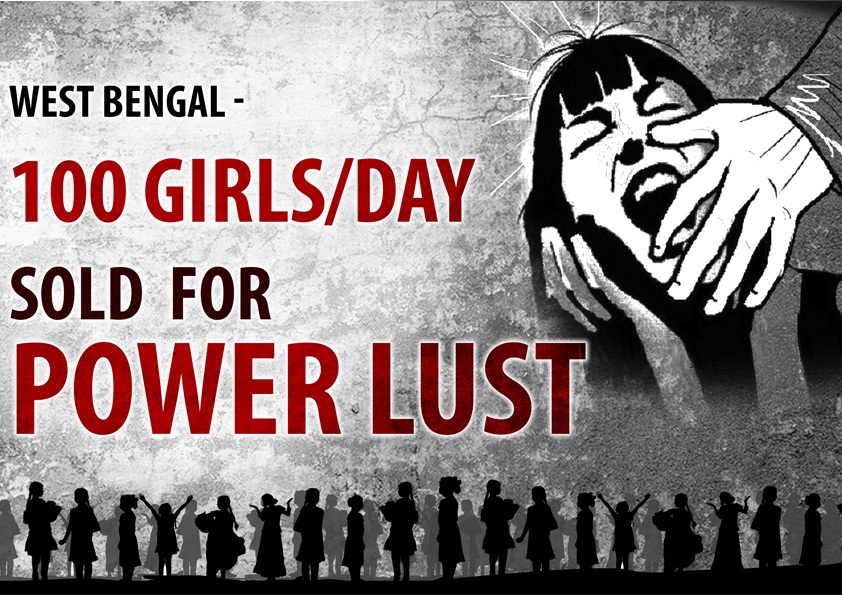 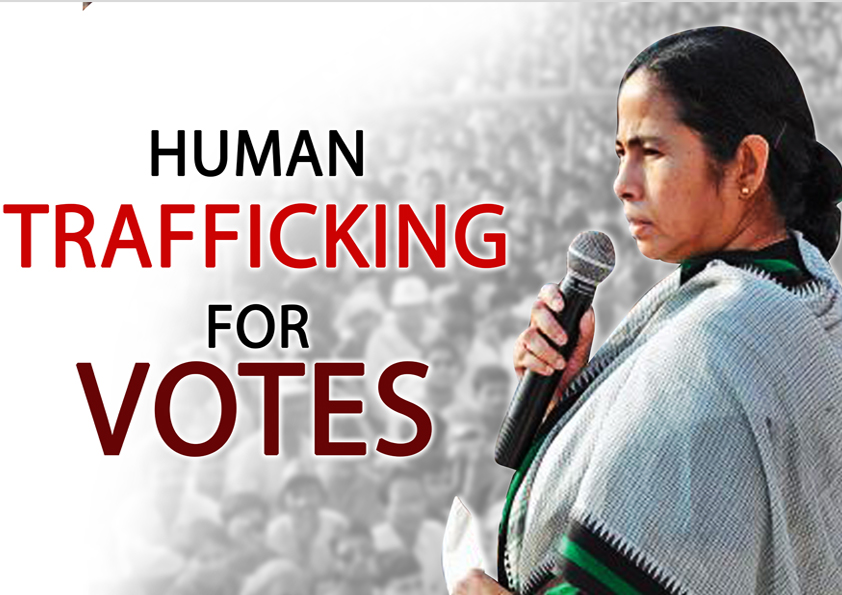 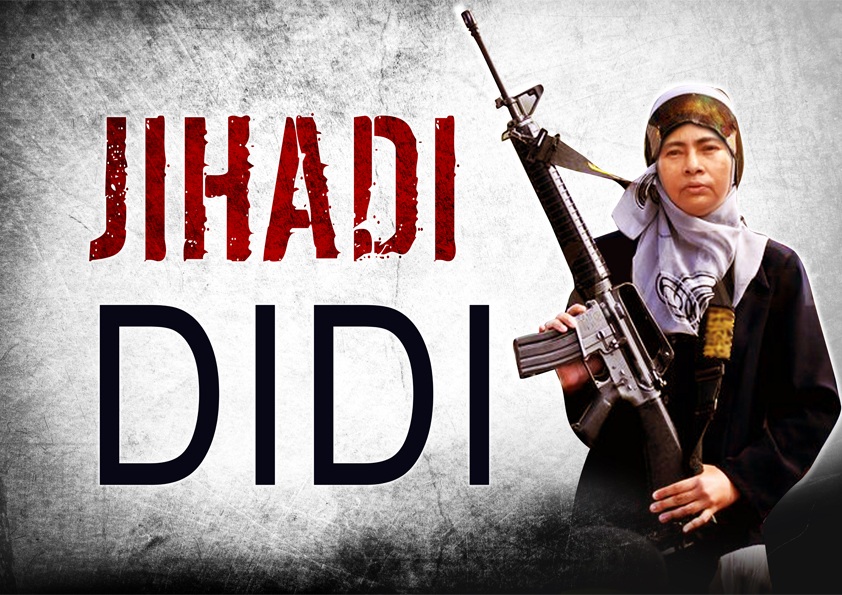