GEORGE TOWN: For the third year running, two chariots took to the streets here to mark the commencement of the three-day state-level Thaipusam celebration.

Over a thousand devotees thronged Little India here to witness the start of the annual procession, the highlight of the festivities.

The Penang Hindu Endowment Board’s golden chariot kicked things off by departing from the Sri Mahamariamman Temple in Lebuh Queen.

The golden chariot will be kept at Arulmigu Balathandayuthapani Temple (Hilltop) while the silver one will be at Nattukkottai Chettiar Temple before it makes its way back on Tuesday.

Thousands of devotees smashed coconuts and chanted “Vel vel” along the 8km route.

There are more than 150 thanir panthal (refreshment stalls) and retail outlets along the route.

Swedish woman Svea Matilda, 23, said she was amazed by the “lively” atmosphere of Thaipusam in the country despite Malaysia being a Muslim country. “It was great. I thought this was only a multicultural country where people from all races and religions stay together but having such massive celebration is astonishing.

“I heard tomorrow will be better with people piercing themselves in order for the vows to be fulfilled. I am coming back with my camera to capture the moment.”

Police were deployed to the scene to monitor traffic congestion.

Penang Island City Council (MBPP) workers are also on hand to clean up the streets once the chariots pass.

Thaipusam commemorates the day when, according to Hindu belief, the goddess Pavarthi gave Lord Muruga a lance to slay demons.

Tomorrow, hundreds of devotees will be bearing kavadis or carrying milk pots and walk 5km to the temple in Jalan Kebun Bunga. 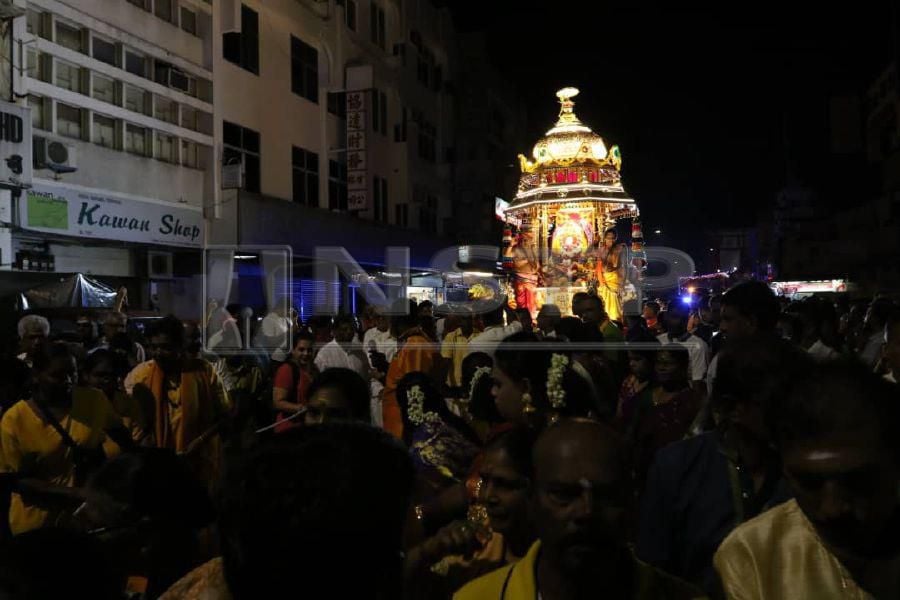 Over a thousand devotees thronged Little India here to witness the start of the annual procession, the highlight of Thaipusam festivities. NSTP/Mikail Ong
Source: nst.com