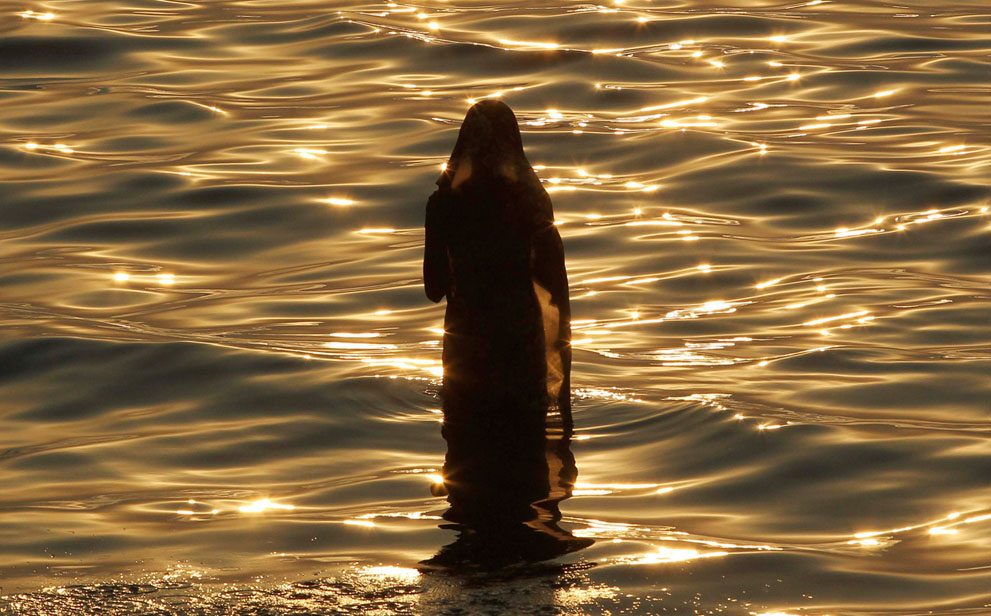 In Hinduism, appreciation of life is viewed as an art one learns through maturity of thought and experience. In contrast, in western countries there is an assumption that enjoying life is something we acquire through situations or objects. Yet for almost a decade, western governments have seen that “in wealthy countries a continuing increase in economic growth is not increasing well-being,” as the New Economics Foundation states. A NEF study in 2008 found that “life expectancy, voice and accountability, climate, and natural capital were more important than GDP per capita” when measuring life satisfaction in 79 developing and developed countries.

Often in mountain cultures in Europe money was not perceived as key to enjoying life and there existed an ancient wisdom, in some way similar to the values of Hinduism. During interviews with traditional mountain residents in the central Apennines I discovered this different life perspective. Eight semi-structured qualitative interviews were undertaken with traditional mountain inhabitants in eight settlements all located between 770 to 1031 meters altitude along the Le Marche side of the Sibillini, and represent a sample covering almost the entire length of the Sibillini massif on the eastern side. The emergent themes were connectivity with the mountains, a strong community life, and a belief that the old lifestyle with all the work and hardships, offered the richest life experience when compared to today. Remarkably money did not exist in many of these communities until as late as the 1960s.

One interviewee was my age and she recounted that when she was age ten, the first modern goods from ‘outside’ appeared with a traveling salesman. The interviewee had the task of washing dishes for her family and she longed for a pair of rubber gloves – an exotic item never seen before. To obtain these gloves her mother had to trade a meter high stack of fur pelts, because they did not use currency. At exactly this time I was growing up in Toronto, going to Shoppers Drug Mart and Loblaws on Bloor St., attending school and living a life that is quite unchanged today.

Meanwhile the interviewee experienced a lifestyle revolution; as she sits with her computer, talking about organic farming projects, and information from Japan that she has obtained on line. Although she is more comfortable today she would like to give up her job and return to the old ways, tending her bees, helping her brother with his herd of beef cattle that roam free range at a high altitude. But now she is under pressure to earn money and more significantly the mountain community doesn’t exist anymore.

These mountain communities were built on an ethos. There was no distinction between free time and work, as pleasure and work were to be found in both. The huge amount of work required to supply the (high quality) produce needed to live, quelled desire for wanting to have more. The experience of life was limited but mountain people believe this constraint is necessary to find the true richness of living, living for the moment and the pleasure of deep connectivity between one’s activity, the environment and the community.

An interviewee described it thus:

‘The thing people don’t understand about the way life used to be is that in a self-sufficient community everyone was a creator (an artist), as well as a consumer. Now people are only consumers. People hardly know how to make anything anymore. In the old life there was no concept of ‘free time’ or ‘hobbies’ and no opportunity to follow intellectual or political pursuits. If one thinks ‘culture’ has to be beyond the basics of living, then life in Vallegrascia was restricted. On the other hand we lived for the moment, experiencing the simple and the most profound pleasures of life. All the work had its traditions, festivals and songs which represented a culture, and naturally the church offered an opportunity for socializing and spirituality. Now people have lost the real pleasures in life. They think they can buy them but they have lost them.’ (Vallegrascia Interviewee)

With today’s hectic schedules there seems no room for learning the art of enjoying life. My neighbor who is a ‘modern hermit’ suggests one thing we can all do. Since we have little opportunity to exist purely in the moment, at peace with those around us, he recommends half of the main meal (with friends or family) should be eaten in silence. He claims one digests better, is more aware of what one is eating, and gains a tranquil solidarity with those at the table. He offers you one of his simple recipes which can be found onwww.sibillinimountainhealth.com Perhaps in this way the peace and joy of the mountains can have a place in our lives today.