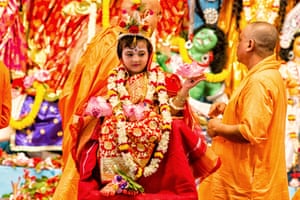 A monk at Belur Math. The Ramakrishna Math and Mission was founded by Swami Vivekananda, a chief disciple of Ramakrishna Paramahamsa. 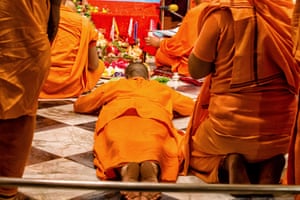 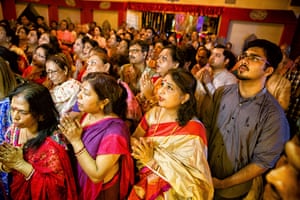 The goddess is offered food and sindoor (vermillion) as part of the preparation of her final journey from the pandal (temporary tent erected for Durga Puja) to the river. 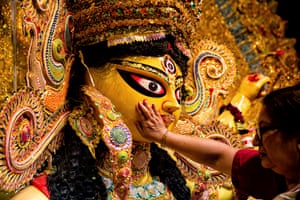 Married women mark each other with vermillion after offering the same to goddess Durga. This means the end of the 10-day festival and the devotees bid adieu to the goddess, who then returns to her abode in the Himalayas. 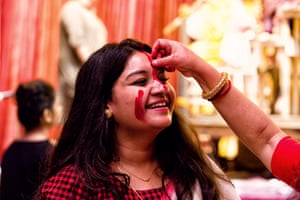 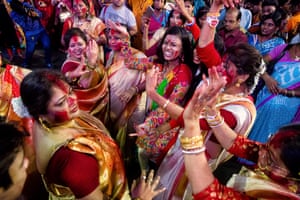 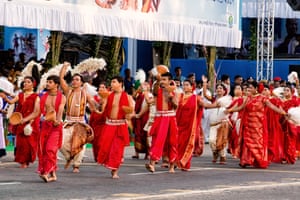 Floats carry idols to the river, part of the Immersion Carnival that showcases the best statues, accompanied by drums and other musical instruments that electrify the atmosphere. 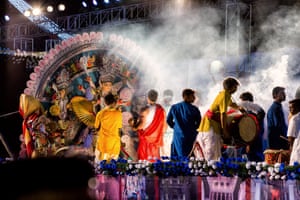 The famous Dhunuchi Naach (a dance with an earthen incense burner) performed by a priest on one of the floats. He has a butter lamp in one hand and a brass bell in the other. 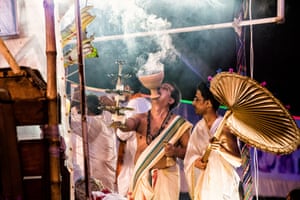 The most amazing sight of the festival is the immersion that happens at Taki, which is celebrated with fireworks, dance and music. The Ichamati river, the border between India and Bangladesh, flows through the town and boats carry the Durga idols for immersion. 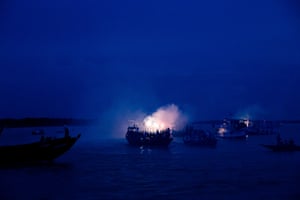 Statues – made from bamboo, straw and clay from the Ganges – are immersed back into the river, completing a full circle at the end of the festivities. Due to river pollution, the statues are removed by crane after the ceremonies. 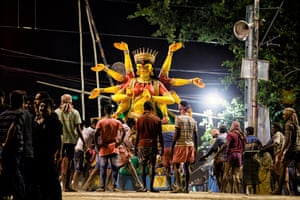