(The following is an abstract of the talk delivered by the author at the conference on “Core Ethical Teachings” at NSW Parliament House on 4 March 2011). 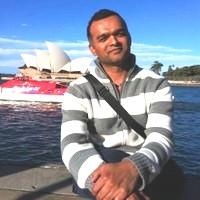 Bioethics addresses specific ethical issues relating to science and medicine. With the advancement in technology, we are constantly faced with new scientific scenarios where ethical decisions need to be made. The principals of ethical decision making in Hinduism is informed by some of the ancient texts, namely Vedas, Upanishads, and two main epics: Ramayana and Mahabharata.

Cycle of rebirth is one of the core concepts in Hinduism, based on the belief that the body is just a carrier for the soul, which passes on through the repeated cycles of birth-life-death-rebirth until the soul has been purified and can ultimately join the divine cosmic consciousness, also called as Moksha.

Hindu View of Life and Suffering

Contrary to the western view of health, Hinduism doesn’t view health as mere absence of disability; instead it is assessed as a product of sound mind and body, which off course is one of the goals of a Dharmic life. Likewise illness is accepted as part of ordinary life experience, which is instigated as a consequence of a bad past karma or a test from god to assess your commitment to a dharmic life.

Hindu views death as not opposite to life, rather, it is opposite to birth, and life is a journey between birth and death. Hinduism accepts suffering as inevitable even in death, so discomfort is accepted over drugs, while a conscious dying process is seen as a good death that would determine the properties of your rebirth. Thus death is seen as just another step in this cycle of birth, life, death, and rebirth.

Cremation in Hinduism is considered as both a destructive process and a course of creation; physical body and mind reunites with the earth, while atman wanders for about 12 days before continuing again the cycle of rebirth. Although in short no religious law prohibits organ transplant or donation in Hinduism, however there are contrary views. Some argue it to be a charitable act which is likely to attract karmic benefits; while others argue that if the body is incomplete during reuniting with the earth, the atman of the dead is suspended in a “state of animation” risking a karmic burden for family members. However, it is commonly insisted that the permission should be explicit.

Hindu view on contraception and abortion

Hindu bioethics agrees that there are two meanings of the conjugal act: the unitive meaning that brings husband and wife together, and the procreative meaning that capacitates them for the generation of new lives; and each and every sexual act need not be valued for its procreativity.

On abortion, the Hindu ethical decision making is based on the belief that the foetus is not just a foetus but a complete soul advancing into the next cycle of rebirth, so abortion is akin to murder; however, if mother’s welfare is in danger then the dharmic principle of duty to oneself takes precedence and abortion is permissible.

Hinduism supports the idea of somatic cell genetic engineering which can address issues like sickle cell anaemia, haemophilia, or AIDS, on the principle of obligation to ensure survival of the present and future generations. However, it does not supports the idea of using genetic engineering for mere achieving perfection in body or bodily functions, again because Hinduism’s focus is on perfection of the soul rather the carrier body.

Regarding Cloning there are complex arguments in absence of any direct scriptural reference. The decision-making is guided by the principles of nonmaleficence (anyone’s well-being must not be sacrificed on some high altar of promoting a greater social and scientific good), beneficence (someone with leukaemia needing a compatible source of bone marrow), and autonomy (procreative or recreative rights along with rights to self-replicate).

In ordinary cases, Hindu bioethics would want to limit IVF to married couples, using their own gametes in order to maximize the chance of both physical and emotional success for the child. However, there is provision for use of other person’s sperm in exceptional circumstances. One of the Upanishads – Niyoga, supports it if its purpose was the impregnation of a wife of an impotent or dead man so that his family may be preserved, and he may have sons to offer oblations for the welfare of his soul in the next world.

In summary, Hindu bioethics is philosophically pluralistic and ethically contextual, giving it the conceptual flexibility demanded by today’s complex moral problems. It is based on a multi-legged ethical decision making model involving the laws of Karma (good and bad actions), Dharma (righteousness), life after death, and Moksha (eternal freedom).