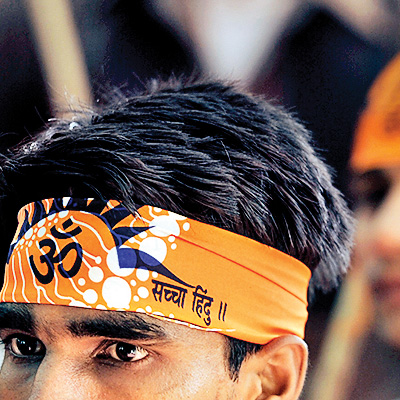 A division bench of justices SS Shinde and PR Bora of the Bombay high court recently directed the state to pay a compensation of Rs 5,000 each to 10 Bajrangdal party workers who had been illegally detained by Dhule police almost 12 years ago.

The court ruled that the detention and assault violated a citizen’s fundamental rights. It also directed the govt to appoint a competent officer to inquire into the allegations against six police officers within two months. The inquiry should be conducted as expeditiously as possible and preferably within four months of appointing the officer.

The court said: “Depending on the result of the inquiry, the competent authority should take appropriate action against the officers in accordance with the law as expeditiously as possible (preferably within two months of receiving the inquiry report.)”

The petition filed by Mahesh Badgujar and nine others, alleged that on March 14, 2002 one Shaikh Mushir Osman Shaikh filed an FIR in Sindhkhda police station saying that one of the domes in a mosque had been damaged.

Following communal tension in Dhule, the petition alleged, the police (under the influence of some persons) called the accused to the station and assaulted them and did not produce them before a magistrate.

It was also alleged that the police recorded their audio-visual confessional statements. They were shown as being arrested on March 15, and produced before a magistrate who released them on bail. The accused claimed the police action was in violation of sections 57 and 167 of the Criminal Procedure Code (CrPC) and Article 21 of the Constitution.

Superintendent of police Amitesh Prasad filed an affidavit in the high court denying the allegations. It was stated that the district magistrate (DM) had issued a notification under section 37 (1) (3) of the Bombay Police Act and under section 144 of the CrPC and the accused had been detained accordingly and hence not shown as arrested.

The court after going through the arguments and considering the various supreme court judgments cited, held the detention (of the accused illegal) and directed the state to compensate the ten.