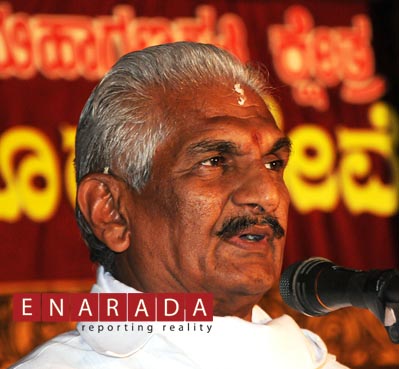 Mangalore, Jan 7: RSS leader Dr Kalladka Prabhakar Bhat has yet again created a flutter with a speech that has been branded as provocative and also led the police to file a case against him based on a complaint.

He further said that the government has been doing injustice to Hindus ever since it came to power, and those protecting Hinduism were also being targeted by the government.

He also levelled several allegations against the Muslim and Christian communities, on issues like cow slaughter and conversion, and also alleged that the recent Deralakatte incident was nothing but a gang-rape with the involvement of the youth who was with the girl student.

The complete audio of his speech is given below. We leave it to the readers to judge if the speech was provocative or was Dr Bhat merely exercising his freedom of expression.